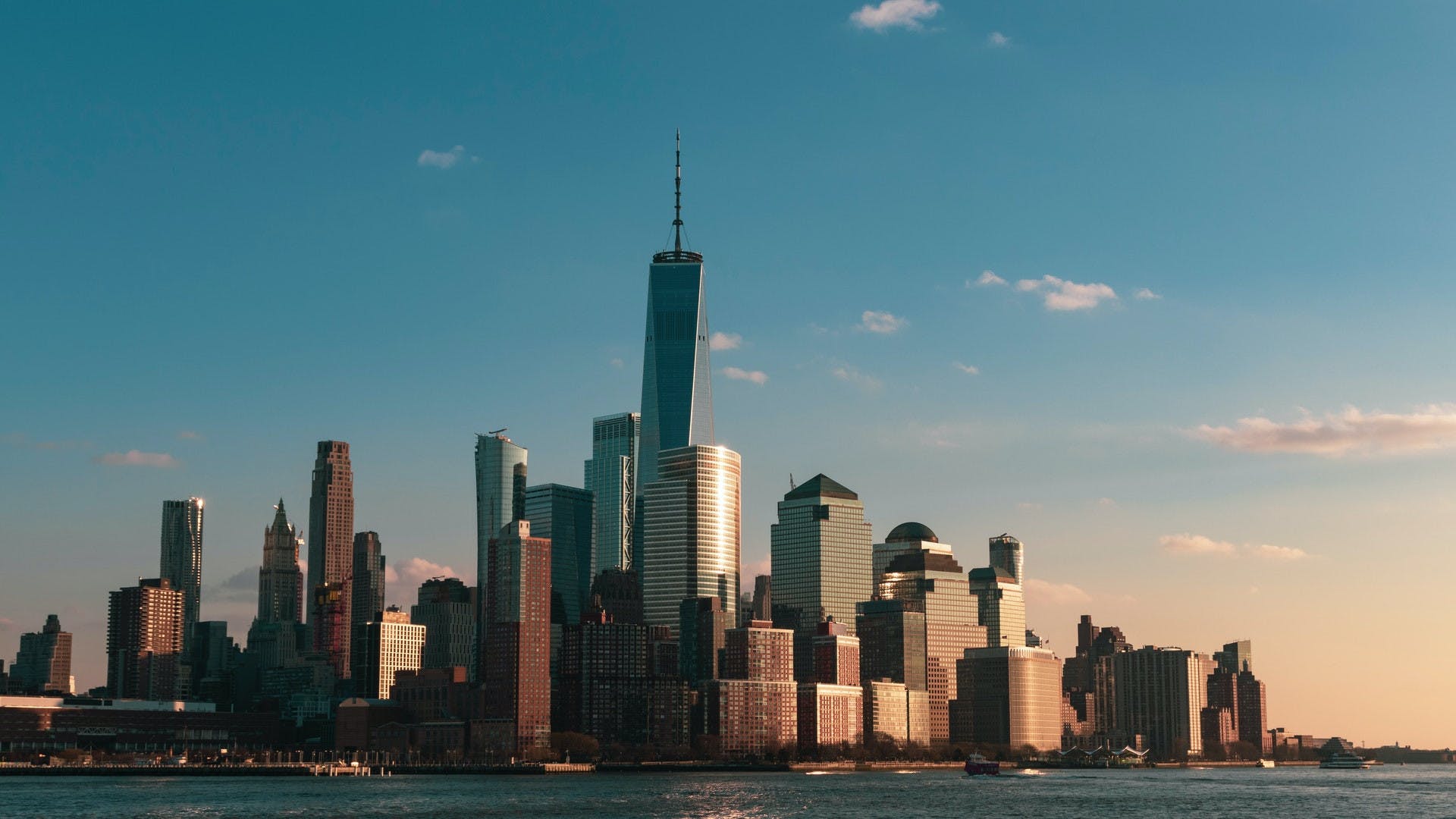 What a city!! Over 8 million people living in five boroughs – covering a space of 305 square miles. New York City, NYC, The Big Apple – it’s been immortalised in songs and films and truly is the city that never sleeps.
The lights on Broadway illuminate this incredible melting pot of cultures and diversity. Stroll through the iconic Central Park, visit the glorious Statue of Liberty and take a ride to the top of the Empire State Building.
The food in New York City is so varied that you will always find something to tempt your tastebuds – from fine dining to the hot dog and pretzel carts. And pizza is pretty much the staple food here, having been introduced in 1895.
More than 800 languages are spoken here. Chinatown and Little Italy are famous areas to visit. Take in a sporting event such as baseball, American football and basketball, as well as a choice of three ice hockey teams.
Living in New York City is no doubt expensive, but it’s easy to get around by subway, train, bus or the iconic yellow taxi. Perhaps get a pushbike or walk the city blocks.

Digital nomads and young professionals from around the world are coliving here while enjoying the excitement of the city, its incredible food and the constant buzz of excitement and creativity.
It truly is a fantastic city to experience coliving in.

Fun Facts about New York City:
· The public library is home to over 50 million books.
· A slice of pizza costs roughly the same price as a subway ticket – and always has – economists call it the Pizza Principle.
· The Federal Reserve Bank holds over $90 billion in gold.
· The Statue of Liberty was sent from France in 350 pieces.
· It was the first capital of the United States in 1789.
· People born in NYC include Joan Rivers, Donald Trump, Charlie Sheen, Al Pacino and Alicia Keys.

Coliving is a new trend amongst millennials for renting shared apartments. Whether you're moving to New York City for work or just looking for a new apartment, coliving in New York City is a good way to save money and live with like-minded people. Co-living places people from different backgrounds together and encourages them to interact, collaborate and form new friendships. When compared to dorms, coliving is much more attractive, since it's relatively inexpensive, all-inclusive and allows you to rent a furnished room with an individual lease.