Rooms for rent in Puerto Rico 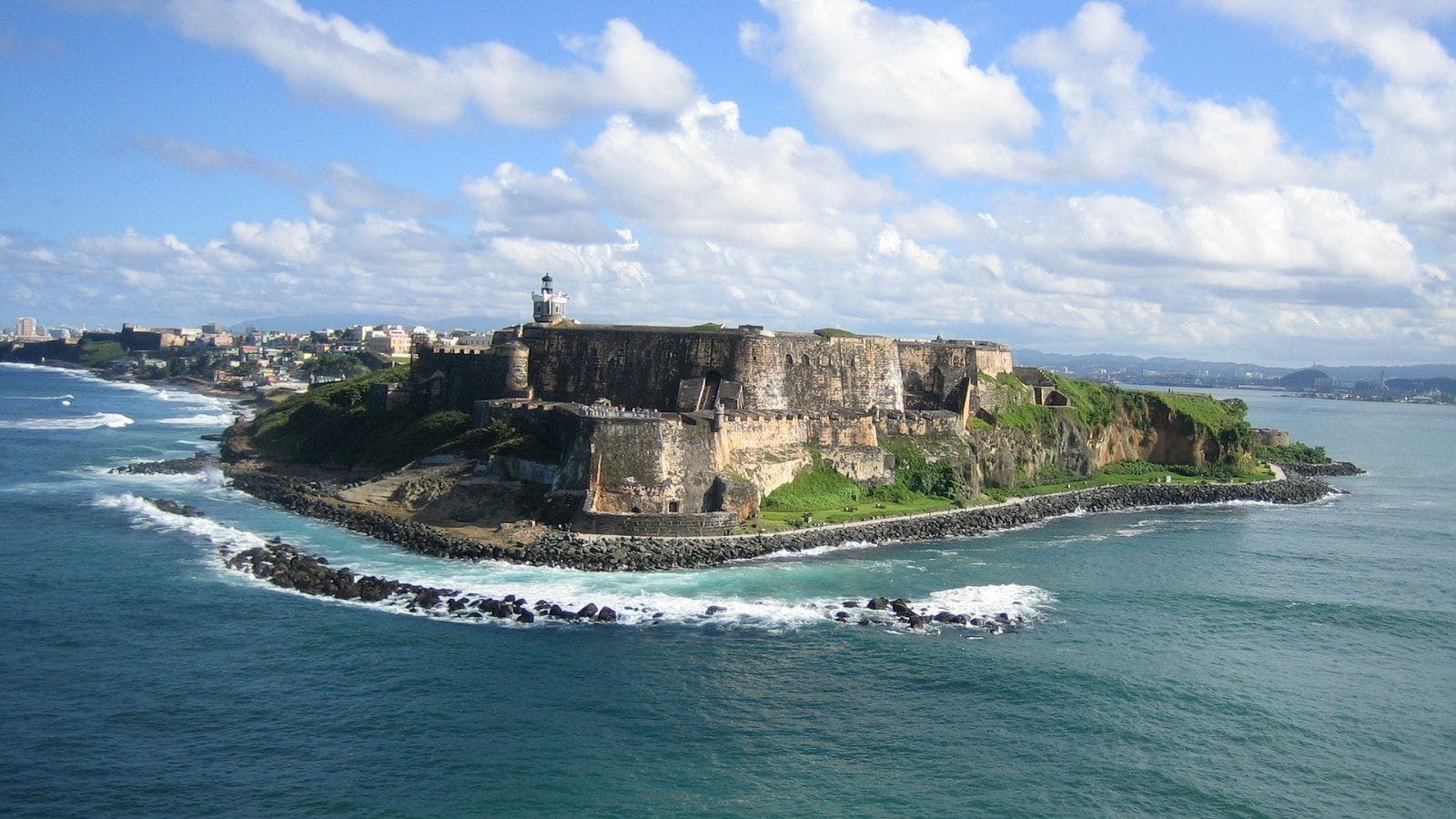 Puerto Rico is one of the five US territories. Most Puerto Ricans can speak fluent English aside from their native Spanish language.
There are various wonderful tourist attractions in Puerto Rico, ranging from beaches and waterfalls to parks and museums, and a multitude of other enjoyable activities.
The country is famous for its breathtaking natural scenery. They boast over 270 miles of beaches for you to enjoy.
For those who want to work up a sweat, volleyball, basketball, and boxing are the most popular sports in the country. You may engage in a game or a friendly match with the locals during your time there.

Puerto Rican food hails from several culinary influences such as Spanish, American, British, and African cuisine. Some of the most popular foods in Puerto Rico are mofongo (deep-fried green plantains), pernil (slow-roasted marinated pork shoulder), and sancocho (super-filling beef stew).
For digital nomads, there are multiple options for coliving spaces in Puerto Rico, which are perfect for work and relaxation.
The legal age for drinking is 18. The Bacardi rum factory, the largest rum distillery in the world, can be found in Puerto Rico. Rum is the most popular drink among locals.

The official currency is the US dollar, although the locals usually call it the “peso” or “dolar.”
Plaza Las Americas in San Juan, Puerto Rico is among the most commercially successful malls per square foot in the world.

Puerto Rico is a territory of the United States roughly 1,000 miles southeast of Miami making this a popular coliving space for remote workers around the world, especially from the United States. The total population is just shy of four million people with Spanish predominantly spoken, English is also an official language used by the government. The fact that Puerto Rico is an island is a huge bonus especially for us digital nomads as you will find plenty of adventures to be had around this beautiful island. The island is not that big either, and you can easily get anywhere in under two and a half hours.

There are plenty of small cities to choose from as you are looking for your new hub as a digital nomad. Don’t be afraid to search outside the capital city of San Juan, as you will be able to find cheaper places to rent and will be able to experience much more of the local culture. If you’re looking for day trip adventures, then you won’t have to look very far. There is everything you could imagine here, from incredible scenic hikes and mountain biking trails all the way to great surfing locations and of course scuba diving.

If you live in a small city or town you won’t have a problem finding a nice place to eat at. There are plenty of small restaurants and street food stalls all around the island, with vendors selling just about everything. When you’re looking for a good night out, you can find good beach bars with live music going late into the night or nightclubs in the capital city of San Juan. As for getting around the beautiful little island, your best bet is to get a car or if you're in a smaller town then a motorbike is perfect. The public trains and buses around the island are often unreliable. The largest airport on the island is San Juan international airport with flights connecting you all over the world.

Fun facts about Puerto Rico:
• The country has numerous blue sand beaches due to the presence of high amounts of iron in the sand
• El Yunque, the only tropical rainforest listed in the US forest system, can be found in Puerto Rico
• Puerto Rico’s streets are usually decked with blue cobblestones
• San Juan, Puerto Rico is home to the second busiest port for cruise ships in the Western Hemisphere
• Traffic signs are labeled in Spanish, so better brush up on your Spanish language skills before heading there
• Americans are not required to bring passports when traveling to Puerto Rico, but bring a photo ID card just in case
• 85% of Puerto Ricans are Catholics
• When greeting someone in public, it is considered good manners to kiss the person on the cheek
• The temperature is a balmy 70 to 80 degrees Fahrenheit practically the whole year
• American citizens do not require a passport to enter the island, although it is necessary that they always travel with a valid ID
• The island has almost 300 miles of coastline and almost the same number of beaches
• One of the largest radio telescopes in the world is located in Arebico, Puerto Rico
• The piña colada was invented in Puerto Rico

Coliving is a new trend amongst millennials for renting shared apartments. Whether you're moving to Puerto Rico for work or just looking for a new apartment, coliving in Puerto Rico is a good way to save money and live with like-minded people. Co-living places people from different backgrounds together and encourages them to interact, collaborate and form new friendships. When compared to dorms, coliving is much more attractive, since it's relatively inexpensive, all-inclusive and allows you to rent a furnished room with an individual lease.

Why book coliving in Puerto Rico?