Book affordable and hassle-free coliving in India.
- all amenities included. 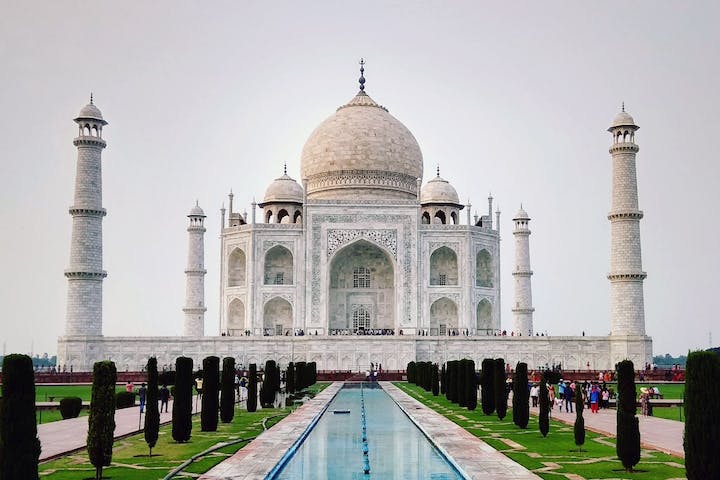 India has a rich history and diverse culture, which makes it one of the most unique countries in Asia. Its architectural, religious, colonial, and ethnic history has left it with awe-inspiring buildings and traditions.
Half of India’s 1.3 billion citizens are under 25 years old, making it a vibrant place of forward thinking, development, creativity, and innovation. The youthful population and modernization has also made India one of the front-runners of the emerging coliving scene: new, modern coliving spaces are springing up all over India’s major cities.

Tourists must visit its most famous sites and wildlife sanctuaries, as well as experience its national sport--Cricket. The Indian Premier League is fiercely followed, and games can be found in most big cities. In 2015 alone, Indian Premier League Cricket contributed $182 million to the national GDP.
You cannot experience India without seeing or discussing Bollywood, the nickname for India’s massive cinema industry centered around Mumbai. Bollywood releases over three hundred films per year, almost doubling Hollywood’s box office ticket sales. Due to India’s multiethnic population, most of the films are done in Hindi-Urdu--a combination of Hindi and Urdu that both Hindi speakers and Urdu speakers can understand--and Hinglish, which is India’s version of traditional English blended with Hindi and Punjabi words.

Part of India’s vibrancy comes from the fact that it is the spiritual home of Hinduism, Sikhism, meditation practitioners, and many other religions. The range of religions has left a diverse mix of ancient temples to be visited.
India is also extremely biodiverse, hosting many species of plants, mammals, reptiles, fish, and birds. India contains 172 IUCN-designated threatened animal species, which are protected by thirteen biosphere reserves and more than five hundred fascinating wildlife sanctuaries.

The landscape is just as diverse as the wildlife. India has snowcapped peaks, wet tropical jungles, deserts, plains, and savannas. You can find any scenery that suits your needs or interests.
With rich history, diverse culture, clear traditions, and a natural biosphere, what more could a traveler want? The trendy scenes exploding across the nation are creating easily available coliving spaces. The hard part will not be getting to India but rather deciding to leave. Who knows, you may just want to stay.