Rooms for rent in Greece

Book affordable and hassle-free coliving in Greece.
- all amenities included. 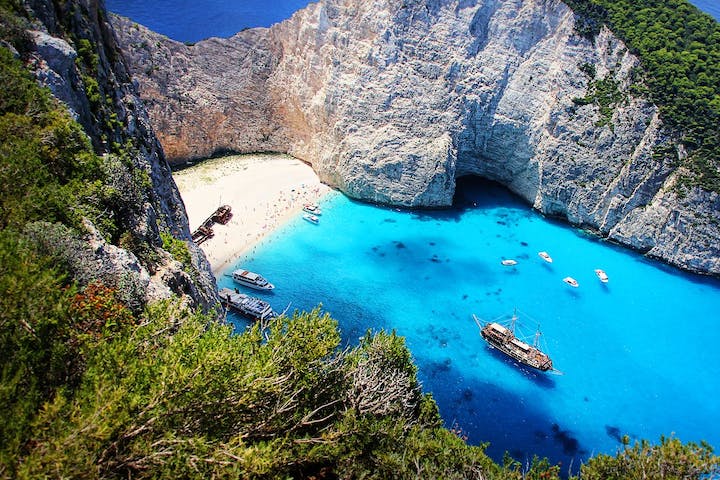 Greece is home to 10 million residents and welcomes 22 million tourists every year. Locals and visitors are divided among the 140 inhabited islands, which constitutes only a fraction of over 3,000 Greek islands that dot the Aegean, Mediterranean, and Ionian Seas.
Greece has the quintessential Mediterranean climate. You can expect over 300 days of sun and very mild winters. If you are looking to do some island-hopping in between projects, then coliving spaces on the islands of Santorini or Mykonos will suit you well. Compared to other European countries, Greece has a low-cost of living. It is possible to enjoy a significant quality of life while maintaining an affordable budget.

When it comes to work culture, it is a good idea to follow the locals’ pace. In Greece, relationships are prioritized in business, so expect that a few relaxed meetings to get to know your business partners will precede any hard negotiations. Hospitality is a foundational facet of Greek culture, and many locals make it their duty to help visitors feel at home. You can be a great guest by trying whatever dishes you are offered and bringing your host a thoughtful gift.
Greece has one of the most celebrated histories in the world. You can explore ruins dating back to the times of Ancient Greece, existing over 12,000 years ago. In the capital of Athens, you can discover some of the most recognizable landmarks of the ancient world, including the Acropolis and the Parthenon.

Throughout Greece, you may feel as if you are being watched due to the omnipresence of the traditional charm Mati, or “evil eye.” These eyes are often found on bracelets and necklaces, and they are meant to protect the wearer from bad luck.
Greek food is known throughout the world for being hearty, savory, and healthy. Traditional dishes often contain the staples of the Mediterranean diet, such as olives, tomatoes, and fish. Walk into any local café and order a cup of Greek-style coffee, a potent boiled beverage that is usually sipped slowly without milk.
The Greek writing system is over 3,400 years old; although, the version found in ancient texts is considerably different than Modern Greek. While you could probably get by speaking English in some major tourist towns, learning a few words in Greek is essential.