Rooms for rent in Sri Lanka 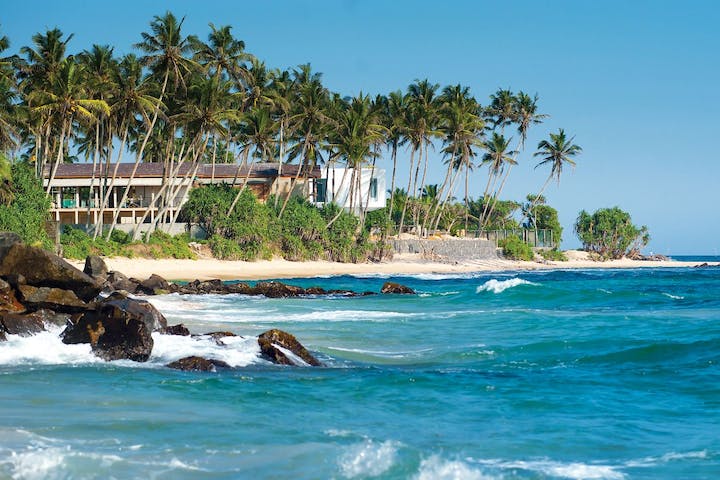 Sri Lanka is an island just off India in the Indian Ocean. Its capital city is Colombo. It used to be called Ceylon, and it is very famous for its Ceylon tea. It’s also known for its delicious spicy food. Maybe that’s why it is becoming more popular with coliving enthusiasts.
Sri Lanka has a multiethnic population, with the Sinhalese being a large percentage of the population. The Sinhalese are usually Buddhist. They live alongside the Hindu Tamils and the Sri Lankan Moors, or Muslims, who are descendants of the ancient traders and settlers of Arab and Indian origin. The Malays and Chinese also traded with Sri Lankans and settled there.

Sri Lanka has a rich history. It was first colonized by the Portuguese who landed on the island in 1505. They were replaced by the Dutch in the 17th century. It became a British colony in 1802 and finally gained its independence in 1948.
There’s plenty to see and do in Sri Lanka. You can go to Yala National Park to see elephants roaming freely. If elephants aren’t your thing (but doesn’t everyone like them?), go on a tour of a tea plantation or take a train, the Yal Devi (Queen of Jaffna) Express to see the countryside. The train will take you from Jaffna to Colombo. Or take a train from Ella to Kandy.

If you fancy a snack, try one of the Sri Lankan's favorites, the hopper. It is made with a rice flour batter flavored with spices and coconut milk. The batter is shaped into a kind of bowl and filled with fried eggs. This snack is ideal for breakfast. Alternatively, buy a spicy samosa or two, or delicious Chinese rolls.

With the English translation meaning “resplendent island,” Sri Lanka is just that. The nation’s beauty and rich colors are certainly among the top reasons remote workers seek out coliving spaces.

Sri Lanka is a great place to check out waterfalls over 50% of the country’s energy is generated by hydropower. The island offers several famous hikes, along with hundreds of lesser-known ones. Along with the country’s many beautiful beaches come all the great watersports.

Getting around the country is pretty easy - you have the option of taxi, tuk-tuk, car hire, and of course train.

Sri Lankan cuisine keeps digital nomads sticking around in their coliving spaces for longer than expected. It differs from Indian cuisine so it’s worth tasting as many curries and pickles as you can. Being an island fish options are abundant and delicious. A fantastic vegetarian curry called polos is made from young jackfruit, which offers an amazing texture and some protein.

Facts about Sri Lanka:
• Sri Maha Bodhi, the oldest planted tree in the world, can be found in Anuradhapura. It is said to have originated from the tree that Buddha sat under when he found enlightenment.
• Sri Lanka became a republic in 1972.
• Sirimavo Bandaranaike was the first female prime minister in the world.
• The World Health Organization declared that Sri Lanka was finally free of malaria in 2016.
• When locals move their heads from side to side they are saying yes! Among other things, it is used to show understanding, agreement, and appreciation
• Over 80% of the world’s cinnamon comes from Sri Lanka
• You will meet many dogs around the country - all of which are the same breed
• 16th century Persians called the country ‘Serendip’. The word ‘serendipity’ was derived from a Persian fairytale about the country.
• The Sri Lankan flag is one of the oldest, dating back to 162 BC
• The country boasts some great progress - it has the highest literacy rate in Southeast Asia (92%), and was the first country in the world to have a female prime minister
• The world’s oldest human planted tree is in Anuradhapura, planted 2,300 years ago