Rooms for rent in Italy

Book affordable and hassle-free coliving in Italy.
- all amenities included. 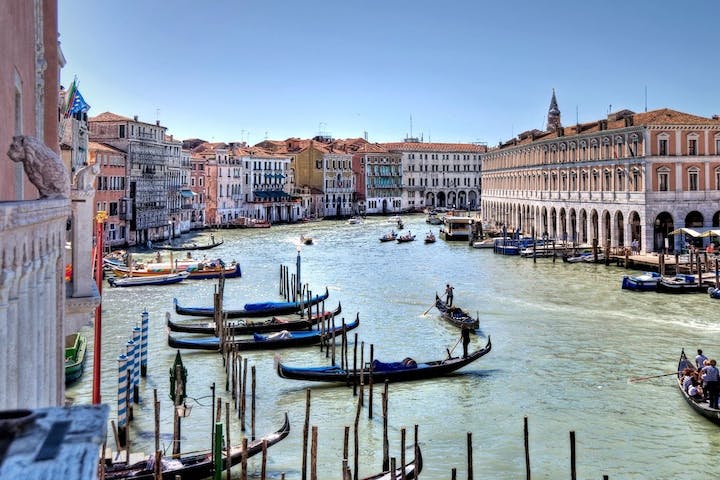 The lure of its rich culture, world-renowned cuisine, and magnificent art history draws digital nomads to Italy every year. The country is shaped like a fashionable boot, which is fitting because the Italian city of Milan is considered the world’s capital for high fashion.
Italy certainly has a North and South divide. The North, best known for the wines that originate in the Piedmont and Aosta Valley areas, is mountainous and placid. As you go further in the South, the bottom of the boot meets the Mediterranean Sea. Here, you will find sleepy coastal fishing villages, like the picturesque Maratea, where time seems to stand still.

Italy has something for everyone. There are busy urban centers like Rome and Florence for go-getters and easygoing countrysides, abundant in the Tuscany region, for the more relaxed. The city of Verona, known for its vibrant celebration of Carnevale every spring, is the site of numerous coliving spaces that cater to the growing number of expats moving into the region.
Italy has a robust infrastructure. Public transport is extensive and short, and long-haul flights depart daily from Italy's 70 airports. Italy's long coastline is a popular destination for cruise ships. Some of the most spectacular stops include the splendid villages of Cinque Terre and the breathtaking Amalfi Coast.

Italy's must-see landmarks are nearly uncountable. In fact, the country holds the record for UNESCO sites. You can discover Roman-era ruins, such as the Colosseum. You can gaze with wonder at the life-like quality of Michelangelo's masterpiece David, and then you may catch a glimpse of the spectacular St. Mark's Cathedral, located in the heart of Venice.
Although its history goes back centuries, the country itself only became a unified nation around 150 years ago. Italy has a number of world-class cities where numerous languages are spoken widely.
Food in Italy is hearty and affordable. For some of the best pizza in the world, visit Naples. The classic Neapolitan pizza is a melted mixture of tomatoes, cheese, basil leaves, and olive oil served with a soft crust and no extra toppings.

Italian people are warm and take pride in always looking their best. The country is 86% Catholic, so economic life comes to a standstill during important holidays such as Easter. These days are spent with family and attending religious ceremonies that have played a part in Italian life for over 2,000 years.