Rooms for rent in Indonesia

Book affordable and hassle-free coliving in Indonesia.
- all amenities included. 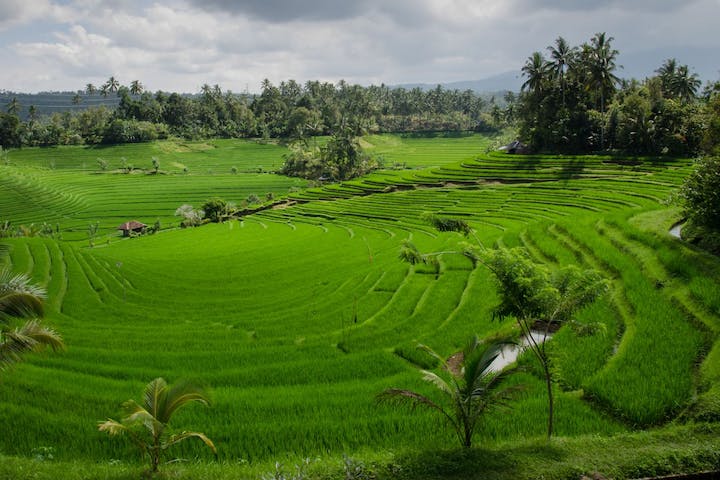 Digital nomads contemplating their next move often look to the southeast-Asian nation of Indonesia for inspiration. Indonesia is a chain of over 17,000 islands. Most of Indonesia lies on the equator. The weather is generally hot and humid. Some areas of Sumatra receive 400 cm of rain annually.
Indonesia is one of the most populated countries in the world. About 250 million people reside here; however, the majority of Indonesians reside on one of five primary islands.
Indonesia's population consists of many young people, which contributes to its thriving economy and reputation as an innovation hub. Coliving spaces to suit all tastes and lifestyles are concentrated mainly on the larger islands of Borneo, Java, Sumatra, and Bali.

Indonesia is the largest Islamic nation in the world, and it is known for its tolerance and diversity. There are hundreds of unique ethnic groups that live side by side in Indonesia. Borobudur temple, which houses 500 Buddha sculptures, is located on Java. It is the largest temple of the Buddhist religion on Earth.
Although there are 700 languages spoken in the country, the official languages include English, Dutch, and Bahasa Indonesia.
The Indonesian island of Bali has a distinct culture. It is the homeland of the Balinese people, who mostly follow an indigenous version of Hinduism. Bali is known for its stunning vistas, hundreds of temples, and graceful displays of Balinese culture. Traditional Balinese dance performances are scheduled every day, but the most meaningful ceremonies take place during religiously significant rituals.

Indonesia has unrivaled natural beauty. The wildlife of Indonesia is the second most biologically diverse in the world. On the island of Sumatra alone, visitors can find ancient volcanos, dense rainforests, and peaceful white sand beaches. The Rafflesia arnoldii, also known as the corpse lily and the largest flower in the world, grows only on Sumatra. While certainly exotic, do not get too close to the 6 kg plant; the scent it emits is similar to rotting meat. If you want to examine more vegetation, over 2,000 different types of orchid flowers grow on the island of Papua.

Interesting facts about Indonesia:
-In a traditional Indonesian kiss, people rub their noses on each other's cheeks.
-The cultivation of coffee beans on Java was started by the Dutch in the 1600s.