Rooms for rent in Belgium

Book affordable and hassle-free coliving in Belgium.
- all amenities included. 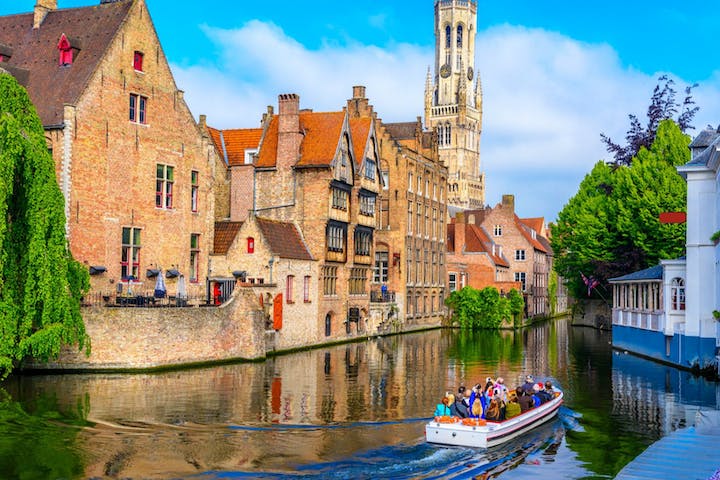 Belgium is commonly known for its chocolate, beer, and waffles, but the small French and Dutch speaking country has so much more to offer than this. Sitting between Germany and France, it is a multicultural hub, home to countless battles, whether in World War 1, World War 2, or in Napoleon's’ time. The history of Belgium is in-depth and evident in its’ landscape, art and architecture.
The country is well connected to other top locations across the continent. Despite numerous Unesco sights and medieval towns, however, Belgium is becoming more contemporary, a hot spot for progressive ways of living and working. Brussels, for example, is opening its’ doors to coliving spaces due to the growing population of international businesses who are settling there.
As one of the founding countries of the European Union, Belgium is a well developed country, where you will find high standards of living, education and healthcare. It is actually voted as one of the safest places to live in the world, so the communal environments found here are made as safe and inclusive as possible.

Coliving spaces in this country ranges from modern renovations to gorgeous historic buildings, and the working environment is usually flexible and enjoyable. Belgians are hard working and dependable, and can be very calm and collected in difficult situations.

If you stay in Belgium, you must try out some of the outdoor activities on offer. Although the country is not particularly hot or cold, there are plenty of things to do outside, such as kayaking down the river Lesse, or cycling through the Sonian Forest. Visiting famous war sights such as the battlefields in Ypres are also an important part of understanding Belgian culture and history.
You can also branch out into some of the country’s ‘younger’ activities, like the world's’ biggest electronic music festival, Tomorrowland. But whatever you do, staying in the compact but exciting country will open your eyes to more than just its’ chocolate!