Rooms for rent in Poland

Book affordable and hassle-free coliving in Poland.
- all amenities included. 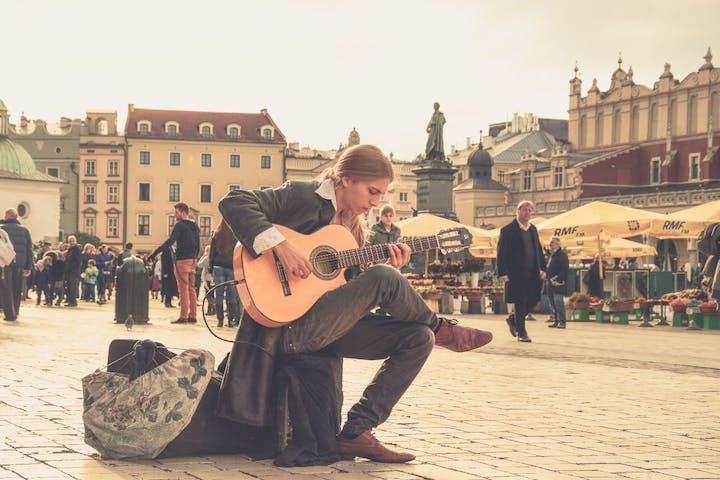 Most people may not be aware that Poland is actually ranked by the World Tourism Organization as the 16th most visited nation in the world.
This eastern European country has cultivated a unique cultural identity influenced by interrelations with its neighboring countries from all sides and various trade partners over its thousand-year history.
Digital nomads will have a grand time combining work and leisure as the country offers an abundance of exciting activities and wonderful coliving spaces to choose from.

Historical and cultural buffs can explore the country’s 15 UNESCO World Heritage Sites, which include the historic centers of Warsaw and Krakow, the old city of Zamosc, the medieval town of Torun, the Wieliczka and Bochnia Royal Salt Mines, and even the hauntingly-sad reminder of WWII atrocity that is the Nazi concentration and extermination camp in Auschwitz.
Nature-lovers can hike or climb the mountains to the south, which include Mount Rysy (Poland’s highest mountain peak) and the Orla Perc mountain trail. The Masurian Lakeland to the east, with over 2,000 lakes, offers a bevy of activities including canoeing, angling, hiking, and biking. The north, which faces the Baltic Sea, has its own allure as it offers almost 500 miles of coastline, sandy beaches, and a myriad of related activities.

Approximately 30% of the country is covered with forest, the most famous of which is the Bialowieza Forest—an ancient woodland, which is representative of what much of Europe looked like before the 14th century.
If you happen to be in Poland during the summer, you can watch thousands of migratory birds as over a quarter of all European-bound birds stop there to breed before heading to their various destinations.
There are over 100 castles all over the country. The most famous is Malbork Castle, considered to be the largest castle in the world in terms of land area.
Poles love their beer. They consume an average of 92 liters of beer a year, which places Poland behind only Germany and Czech Republic in terms of beer consumption.
Some popular food that you can sample are the bigos (slow-cooked traditional stew served with bread and potatoes), pierogi (Polish dumplings), paczki (Polish doughnuts), and a delightful selection of cold cuts.
You can also engage in other outdoor activities such as skiing, sailing, or sightseeing various historical monuments.