5 top startup founders that colived before it became a movement

Silicon Valley coliving is revered. People flock to the Bay Area from all over the world to get a taste of what living and working with like-minded entrepreneurs in a technological epicenter feels like.

That’s due in large part to the fact that startup founders in the tech industry have been innovating together in hacker houses and garages in the Bay Area long before it became mainstream.

Today, the coliving movement has taken off. Startup teams worldwide are choosing to reside together under one roof to reduce expenses, increase output and gain a competitive edge.

In order to understand why and how coliving for startups is gaining widespread momentum, we have to go back in time to where it all began.

Read on to learn about five startup founders who colived before coliving rose to fame and decipher whether or not coliving with your own startup team is right for you.

5 famous founders who colived in the early years

More companies than you may realize were born out of houses, garages or dorm rooms. Whether for convenience, cost-saving or collective motivation, startup teams have been envisioning and creating cutting-edge products and services from shared living spaces for decades.

In the early 2000s when the Internet gave rise to location-independent working, many startup teams capitalized on this newfound flexibility. They chose to combine their home and office under one roof to boost productivity and creativity levels while saving on costs.

But even before the Internet, tech giants like Apple and Hewlett-Packard were being conceived in garages by co-founders with big dreams.

Let’s take a look at the top five most famous founders and their stories that invigorated today’s coliving movement.

In the summer of 2004, Mark Zuckerberg turned a five-bedroom house in Palo Alto, California into Facebook’s headquarters. He and his team, a group of computer engineers, lived, coded and partied together while creating what would be one of the biggest startups of all time. They set up their computers on the dining room table and took breaks to swim in the backyard pool.

Zuckerberg and his team even built a zipline from the chimney to the pool once, which shows how much fun they had while simultaneously building an empire.

Sean Parker, Facebook’s ex-president, said 2-3 people shared rooms and slept on mattresses on the floor. He likened the experience to living in a frat house. Today, the house is visited by tourists from around the world who are eager to get a glimpse into where it all began.

A garage in Steve Jobs’ childhood home in Los Altos, California is where Jobs, Steve Wozniak, and several others conceived the very first Apple computer in 1975. While they didn’t physically manufacture computers in the garage, all of the planning was done there and it’s where Apple’s foundational concepts were born. 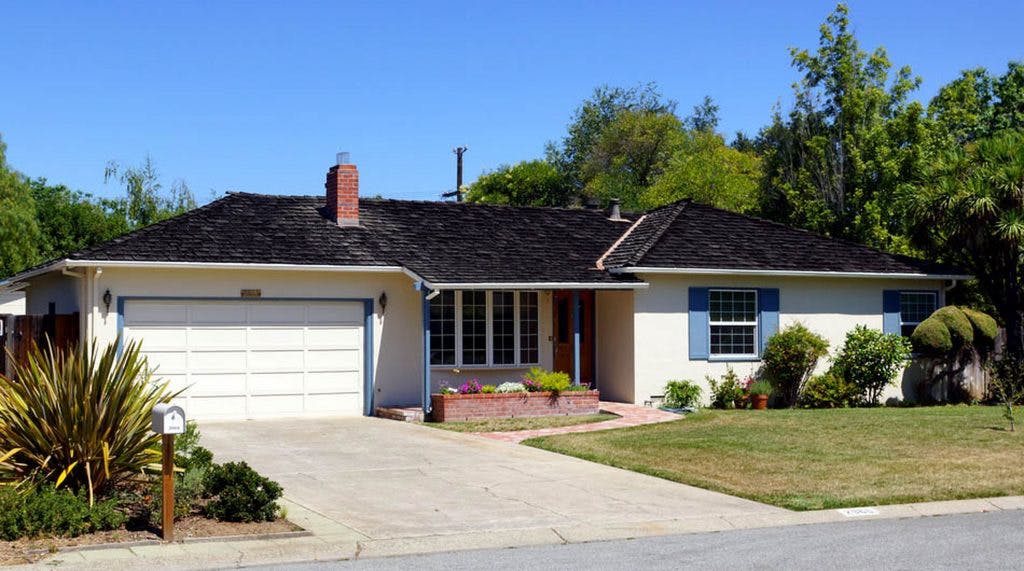 The garage acted as an office space to brainstorm ideas, have creative discussions and outline their visions and goals. They didn’t have any money to rent an office space, so they transformed a home space into an innovative epicenter. The garage was recently named a historic site to celebrate the origins of Apple.

In 1938, Bill Hewlett and Dave Packard developed an audio oscillator, which helped to improve sound quality in movies, in a garage. Packard and his wife lived in the house that was attached to the garage while Hewlett lived right outside in a shed. 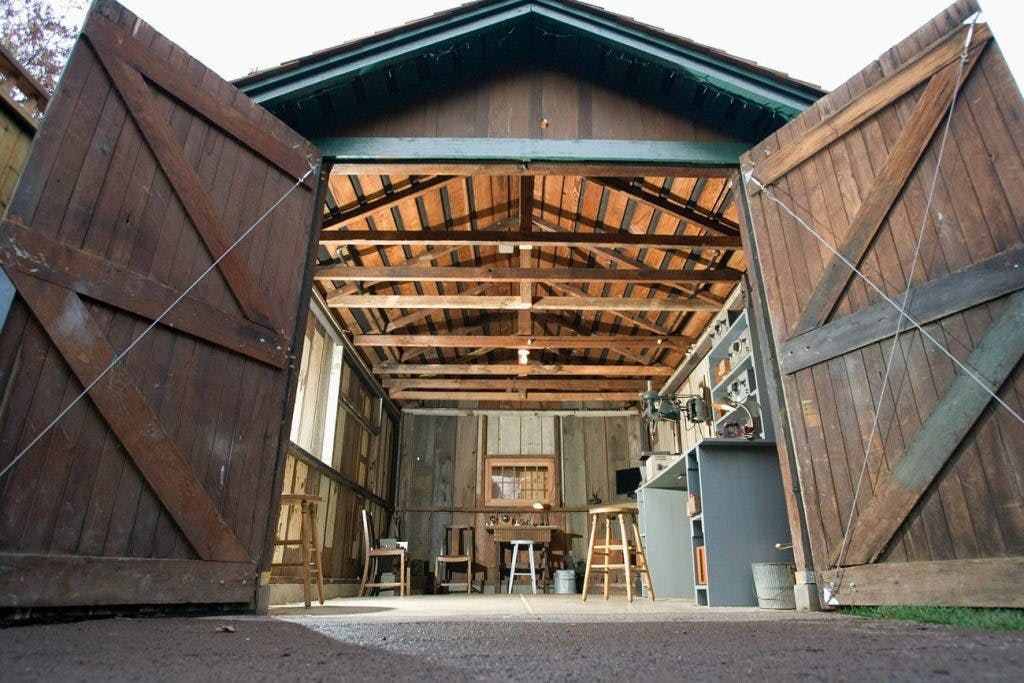 The entire house had an entrepreneurial spirit as it doubled as an office. Lucille Packard did the books in the dining room while Bill and Dave used the stove to bake paint for their products. The house was recently named a U.S. Landmark and restored to look as similar as possible to the setting in which Hewlett-Packard was born.

In 1995 at 30 years old, Jeff Bezos decided to quit his job and start an online bookstore from his garage with his wife MacKenzie Bezos. Apparently, the servers that Bezos’ used to power the company used so much energy that they couldn’t use the vacuum or hairdryer without blowing a fuse. 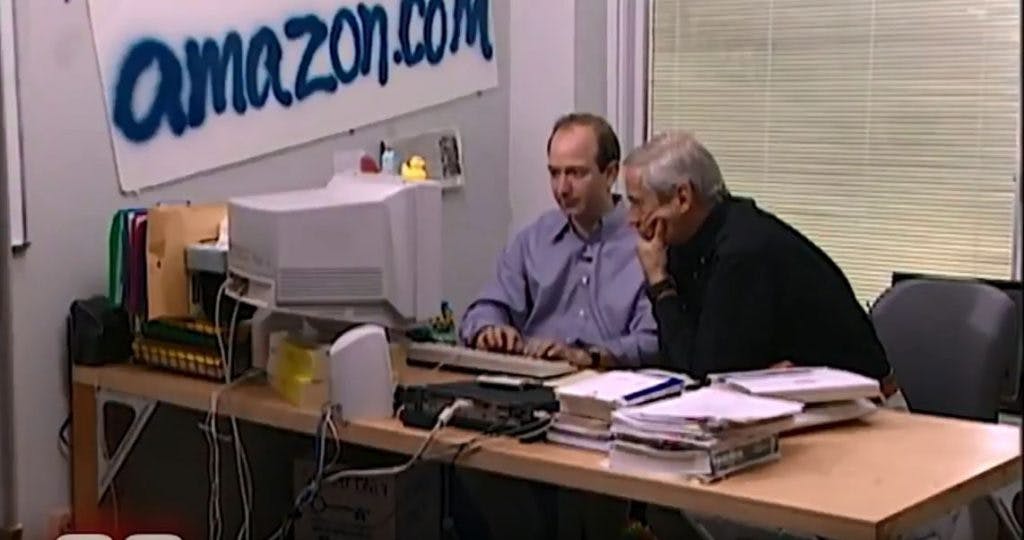 Together with a small team, they created what would be one of the largest online marketplaces to date.

In 1995 while graduate students at Stanford, Larry Page and Sergey Brin developed a search engine called Backrub to rank website pages. They changed the name to Google shortly thereafter. 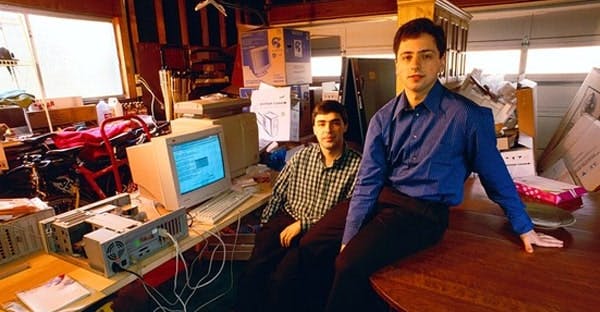 What are the benefits of moving your company to a coliving space?

Startup teams that live and work together in coliving spaces first and foremost save money. By combining your home and office, you remove the need to rent a supplemental office space to commute to every day. This could save your business thousands of dollars.

Additionally, startup teams and cofounders choose coliving to gain access to a thriving network. Whether it be spirited entrepreneurs or auspicious investors, the fortuitous community offers significant opportunities for substantive business connections.

In San Francisco, the average office space costs $80 per square foot. Many companies recommended 75sq/ft per employee in order to give your team enough space to be comfortable. Taking into account that team sizes vary from small to large, on average the cost of office space in San Francisco is $13,032 per year per employee.

If you are renting an office space yourself, you also have to consider if it has an office manager in the building or if you need to employ one yourself, how secure the location and building itself is, if it has a kitchen or not, how good the lighting is, the extra fees for amenities like toilet paper and utilities like electricity, and so on.

These costs can quickly add up and end up having a negative effect on cash flow. In fact, 82% of small businesses in the U.S. fail because of low cash flow.

As financial health is incredibly important for startups, saving money and increasing cash flow can be the key factor in future success.

This fee includes a furnished space with a fully stocked kitchen, basic amenities like toilet paper and soap, a coworking space that is designed to inspire productivity, access to a pool if the house or apartment building has one, fast and reliable WiFi, community and networking events, and more. Further, many coliving spaces provide private meeting rooms that make it easy to host important business meetings. These meeting rooms often cost an auxiliary fee to rent at coworking spaces but are included at no additional cost inside a coliving space for startup teams.

These networking events can be crucial for startup teams looking to partner with other companies or add talent to their team. The coliving operation organizes BBQs, dinners, or general meetups to connect its members with local influential entrepreneurs or investors open to new opportunities. It’s a fantastic throughway to learn from people who have been in your position and gain a wide-reaching network of valuable connections to lean on as you grow.

One of the best parts of living with the people you work with is that it gives you a chance to relax together and unwind away from work. It’s in these moments that genuine conversations can lead to spontaneous and innovative ideas that may have a positive effect on your startup.

When you’re couped up in a formal office setting, it can be difficult to dream up new ideas and deliberate on the next product iterations. Scheduled meetings can certainly help to stimulate the mind, but they can also feel stale and forced if the mood isn’t right.

Often, the best ideas are bred from moments of organic, unplanned conversation. Coliving spaces housing startup teams create the perfect environment for these unintended moments to flourish. You never know if the next great idea might emerge from a casual dinner conversation or over a coffee break. Startup houses are full of excitement, invigoration and ingenuity.

Is living with your cofounders and team right for you?

Being around your colleagues 24/7 isn’t for everyone. For some people, separating work life and home life is crucial in order to maintain a level of privacy.

Also, if your company has a large team living together in a house with 50+ people, for example, won’t make sense. You may not have the resources you need to work and you certainly won’t have the required space, unless you live in a mansion.

But, for younger startups who are in the early phases of building their company, coliving with your team can be perfect. It gives you the opportunity to save money that you can put directly back into your business, which is essential early on.

On top of that, it creates an environment in which everybody thrives by feeding off the collective energy levels. It can be highly motivational, productive and fun.

It’s easy to browse available coliving spaces for startup teams on Coliving.com. Our platform lets you compare spaces, prices, and amenities in coliving spaces in cities across the globe. Look at pictures, read past reviews, learn about the coliving companies who operate your top picks and get in touch to book your stay directly through our site.