Coliving is an innovative way to live and work with like-minded people. It’s been growing exponentially in popularity for the past few years with San Francisco leading the way. Both the Bay Area and South San Francisco have become the places to be when it comes to choosing a space. These two areas are popular for many reasons including infrastructure, convenience, sports teams, cuisine, landscape, and past reputation for success. This is, after all, the city where most of the major technological breakthroughs have happened.

People come here to breathe the same air as the tech geniuses and to walk the same streets as those who have launched billion-dollar companies. But the cost of living here is exorbitant and that’s why shared housing has become so popular.

Why Is Coliving So Popular in San Francisco? 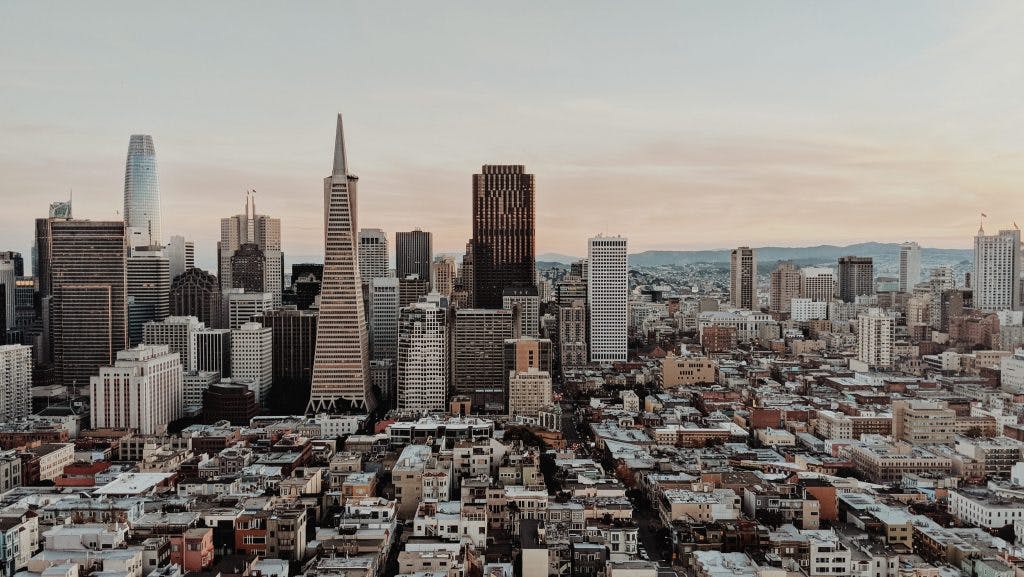 San Francisco is in many ways the birthplace of coliving. This is the home of some of the brightest and most innovative people the world has ever seen. In the 70s and 80s, brilliant minds would huddle together in small rooms and garages to create software and machines that millions of us now rely on. These forward thinkers effectively created coliving and it’s easy to see why.

In 2004, the Facebook team left the halls of Harvard and moved into a five-bedroom house in Palo Alto to carry on their work. Located 30 miles south of San Francisco, this house is still used to this day by those seeking the same success as Zuckerberg and Co. 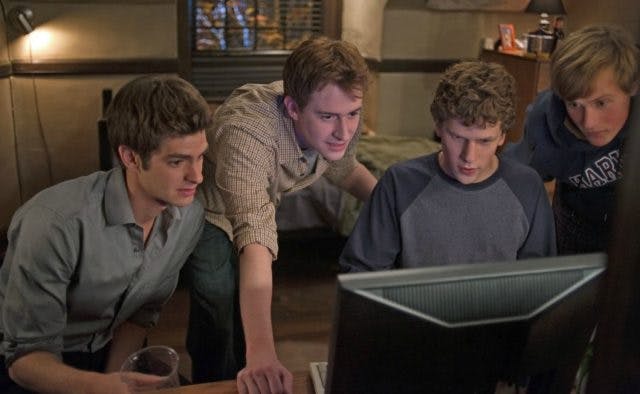 Budding entrepreneurs flock here and pay ridiculously high rent just to live and work in the place where the $500 billion company once sat. That’s the power of community housing – it motivates, elevates and inspires people to aim higher and achieve their goals. Luckily there are many other spaces to choose from in the area that won’t make a serious dent in your bank balance.

If you’ve watched “Silicon Valley” on HBO, you will know that the team created Pied Piper while living under the same roof. They huddled around the same littered table each day for hours, working on their project amid a stack of Red Bull cans and generally not focusing too much on cleanliness and hygiene. But their minds were working collectively and they knew the strength of home-sharing. Together they were stronger, despite their fondness for avoiding showers. In the real world, fellow housemates respect the communal areas and respect each other’s privacy. 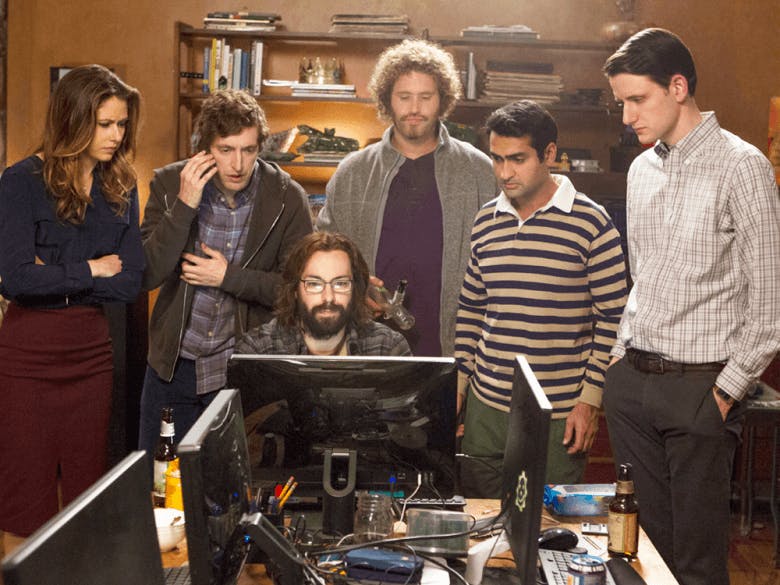 Without having to waste time commuting to an office via a cramped train or a noisy bus, they could simply open their bedroom doors and walk a few steps to the messy table laden with laptops and chargers. From bed to office in a matter of seconds – it’s time-efficient and much less stressful. It’s easy to see the appeal.

People need people – it’s a fact that goes much deeper than online connection. Being around others with the same mindset can truly help with productivity and creativity. Masterminding in a group can bring about the most incredible breakthroughs and developments as you feed off the energy of those around you. Sitting alone in a Starbucks won’t achieve that for you.

The average monthly rental price for an apartment in San Francisco is a colossal $3,700 and that’s out of reach for someone on an intern salary. So not only is the interpersonal aspect of coliving a huge attraction, but the practical side of sharing the rent is a big draw for those seeking to afford San Francisco.

This multi-faceted city is home to Apple, Facebook, Google, Cisco, Hewlett-Packard and Netflix to name but a few. Billions of dollars of investment and revenue happen in this city and it’s a huge inspiration for those who come here looking to launch their start-up or find their perfect team. Coliving is thriving here and the sheer amount of top-quality spaces confirms its popularity.

The 10 Best Coliving Spaces in the San Francisco Bay Area

Because coliving is so common here, there are a few big companies that have created several spaces in the area to keep up with demand.

HackerHome realized the potential with coliving spaces several years ago and has nine locations to choose from in the Bay Area. The two most popular are in Sunnyvale and Santa Clara. These four-bedroom spaces are a big hit with digital nomads, interns and those looking to launch their start-ups. The houses are constantly filled with forward-thinkers who understand the need for cohousing for their business and personal needs.

With property prices skyrocketing in the Bay Area, a monthly rental of $1,000 and $1,200 is seen as a shrewd investment, especially for those who haven’t secured a regular income yet or are in the area as an intern. The Sunnyvale home has group workout sessions in the mornings and has brainstorming sessions that everyone can attend. The Santa Clara location has a swimming pool, gym equipment, and home-cooked meals. It even has a selection of musical instruments for those wanting to take a break from work and bang out some tunes on the piano, cello or guitar. For the female nomad, this space has a female-only shared room. It really has thought of everything.

Outpost Club is also hugely popular with several places set up specifically for shared housing. They can be found in SoMa, Nob Hill, Lakeview House and Japantown to name just a few. They offer monthly rates of between $990 and £1,350 depending on location. Their Nob Hill location has just been renovated and has a large outdoor space where you need to get some fresh air. With 14 bedrooms and a fully equipped kitchen, it’s fast becoming one of the most popular choices in San Francisco. Their one in Japantown is close to a host of cafes, bars, entertainment, and transport options.

Haas, Startup House, Crashpadz and Vybe Living are all well-known and popular spaces that appeal to thousands of digital nomads that wish to live and work in the Bay Area. They all have multiple locations in the area and have established themselves as reliable, affordable, well-maintained coliving houses and apartments. The Haas HQ space has a rooftop garden, pool tables, and a gym, as well as a live-in coordinator who handles everything to do with logistics and communications, leaving you with nothing to do but focus on your perfect work and play balance. Crashpadz in Broadmoor is aimed at those aged 21-40 and organizes shared events such as family meals, movie nights and weekend trips. Vybe aims to bring together the most eclectic community of professionals and students, with a focus on diversity and support. Startup has weekly and monthly events, including a monthly Investor BBQ Pitch Party, where entrepreneurs can network and present their projects to Angel investors.

Here are a few choices from these respected coliving companies:

South San Francisco is home to the formidable Stanford University, as well as Menlo Park and Palo Alto. Menlo Park is home to many high-tech employers and Thomas Edison set up his house and laboratory here in 1876. Palo Alto is known as the heart of Silicon Valley and it draws in thousands of digital nomads, online entrepreneurs and the annual crop of enthusiastic, budding interns looking to find their place in the tech world. It’s why there are many community housing options here.

Startup House has a space set up in Palo Alto that has monthly and weekly events including a monthly Pitch Party as does their one in Stanford. HackerHome has a Menlo Park location from $1,000 a month: https://coliving.com/spaces/hackerhome-menlo-park. This space arranges family dinners, pitch events, and nature outings, plus same-sex bedrooms and a female-only bathroom.

The Answer To Loneliness, Isolation and Financial Hardship Is Right Here

With rental prices continuing to soar in San Francisco, more and more people are turning to shared accommodation for affordability but there are so many other factors that make it an enticing option. Coliving is a way to work more productively, with zero commute time and with an instant community around you. It’s a way to live and work efficiently, maintaining a social life with a solid group of like-minded people to inspire, motivate, and lift you. It can’t all be work, work, work and it’s a healthier way to live if you have people around you when the screens are off and you need some time to kick back, relax and recharge.

The future is coliving