Rooms for rent in Bologna 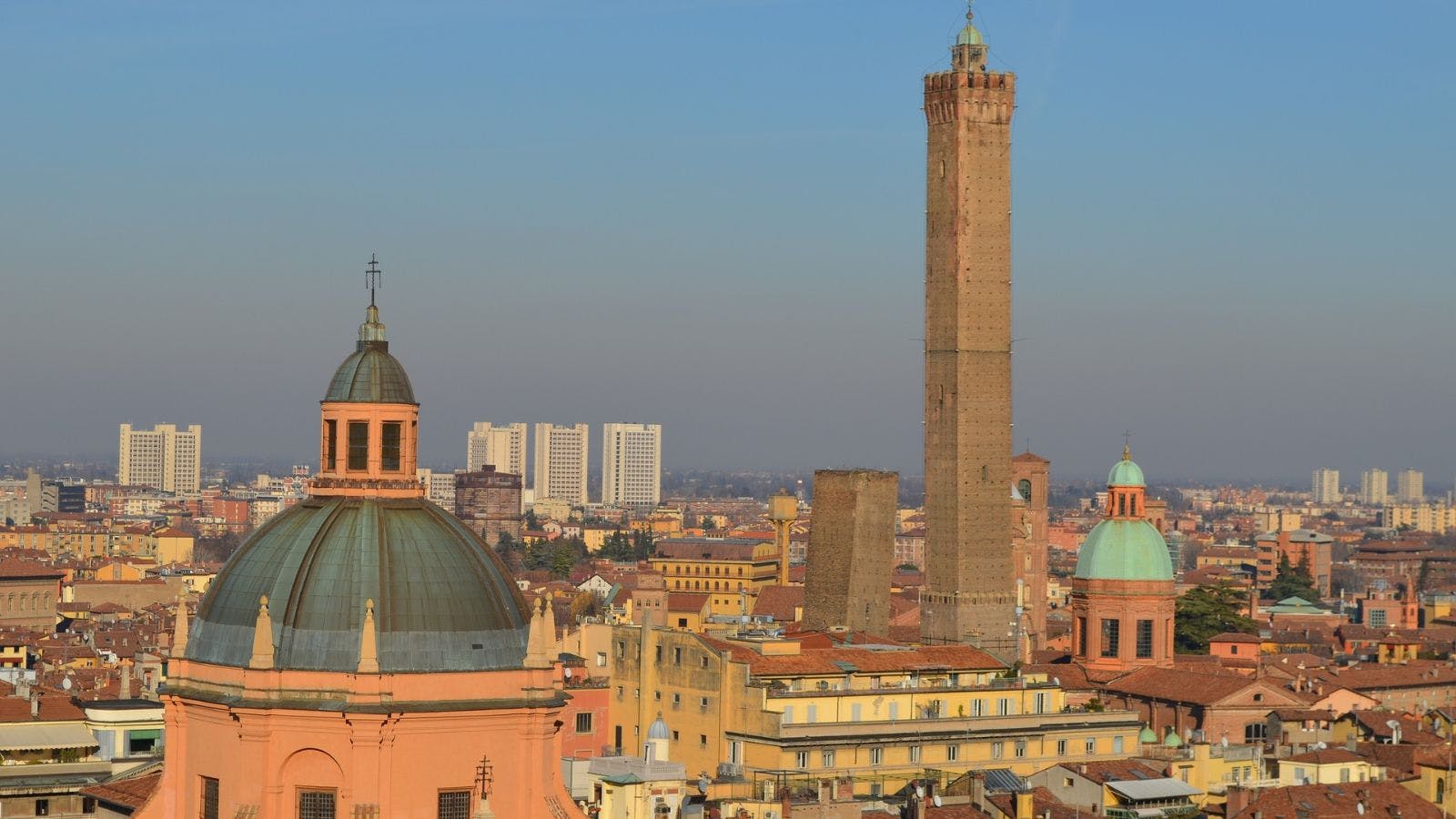 Bologna is the largest city in the Emilia-Romagna region in Northern Italy and is honestly nothing short of magnificent. Between the history, cosmopolitan character, and the incredible food, coliving in Bologna sounds like an experience any soul would need. People come from all over to visit as it genuinely feels like a home away from home.

Bologna has some new and a lot of old. The city is famously known for its beautiful architecture and, despite bombing damage in 1944, has many well-preserved medieval and Renaissance monuments. The city is home to the oldest university in the world built in AD 1088. With a large student population, the city has a youthful spunk that follows you everywhere you go.

Bologna is famous for many things like the number of porticos and the longest portico in the world, leading to Monte Della Guardia, Sanctuary of Madonna of San Luca. A portico is a porch with a roof supported by columns. It is said that there are an incredible 25 miles in porticos around the city. The city is also a vital hub for agriculture, industrial, financial, and transport and has one of the largest permanent trade fairs in Europe.

With so much history to see, culture to experience and food to taste getting around could not be easier. An extensive train track system makes it easy to travel out of the city with Bologna Centrale Station servicing an astounding 58 million people annually. A vast, effortless network of busses and trolleybuses moves the city, making sure you get where you need to be on time.

With a fast Internet speed throughout the city, digital nomads don’t have to worry about slow upload speeds. Many believe that you can get the most authentic tortellini in Bologna. Between their rich music tradition, theater variety, and festivals, the city is an attraction worth experiencing.

The locals are friendly, and the city is safe, vibrant, and rich in history and culture. Choosing coliving in Bologna allows you to have it all; it is the kind of city that is hard to leave and always keeps a warm spot in your heart.

Here are some fun facts about Bologna:
- The city baptized the famous Bolognese sauce.
- La Piazzola market is hundreds of years old and has over 400 stalls with anything from clothes to food to pottery.
- On the weekend's Bologna center becomes a pedestrian area, as many streets are closed to traffic, allowing everyone to walk freely and safely.
- Piazza Maggiore is by volume the 10th largest church in the world.

Coliving is a new trend amongst millennials for renting shared apartments. Whether you're moving to Bologna for work or just looking for a new apartment, coliving in Bologna is a good way to save money and live with like-minded people. Co-living places people from different backgrounds together and encourages them to interact, collaborate and form new friendships. When compared to dorms, coliving is much more attractive, since it's relatively inexpensive, all-inclusive and allows you to rent a furnished room with an individual lease.

Why book coliving in Bologna?