Rooms for rent in Sofia 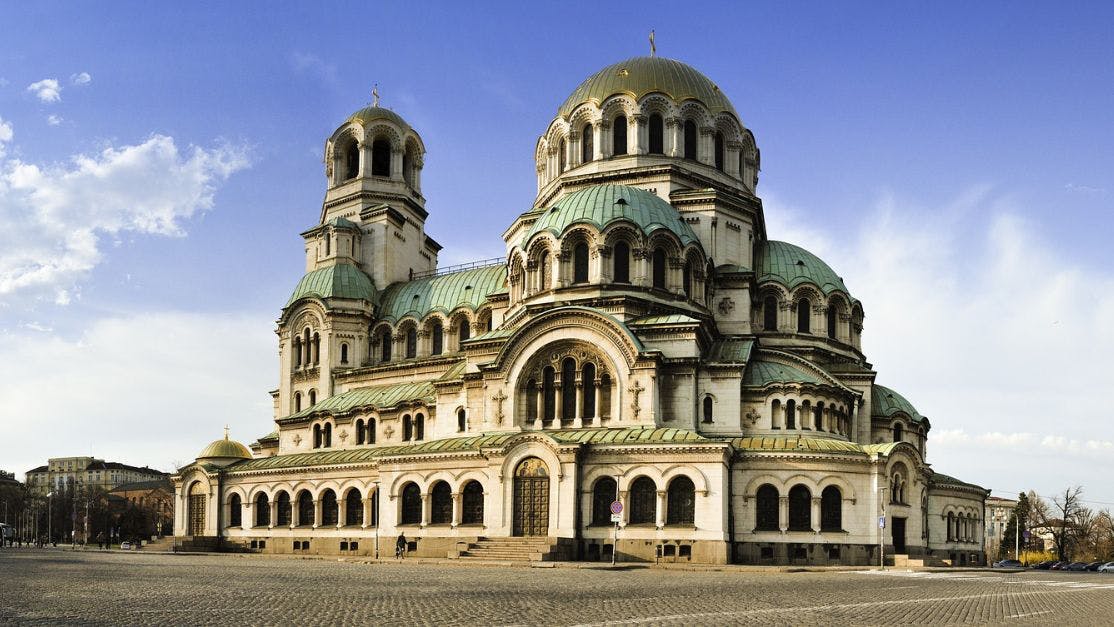 Sofia, the beautiful, historic capital of Bulgaria, has a lot to offer a digital nomad thinking of visiting the city. From ancient Roman ruins to impressive monuments, there’s plenty to see in Sofia, and some cool coliving spaces to stay in while you explore the city. Sofia is a thriving, multicultural city with a rich history. As you wander the attractive, wide boulevards and take in sights like the Alexander Nevsky Cathedral, the Museum of Socialist Art, and the Sveta Sofia Church, you’ll fall in love with this stunning city. With cheap public transport and a range of coliving and coworking spaces in the city, Sofia makes a great spot for remote workers. The cost of living is reasonable – you can enjoy the
culture of a large, historic, European city without the high prices of Rome or Paris.

Here are some more fab facts about Sofia:
- The city of Sofia has been inhabited since 7,000BC when it was first settled by Thracian tribes.
- Under the Romans, the city was called Serdica. Many Roman ruins can be seen all over the city, like the remains of the old Roman theatre on display at Saint Sofia Church.
- The city was given the name Sofia in the 14th century, and officially became the capital city of Bulgaria in 1877.
- Sofia has tram and bus services, as well as two underground subway lines. It actually took 30 years for the first subway station to be built due to the discovery of Roman ruins in the area. It was finally finished in 1990.
- Sofia is home to the stunning Alexander Nevsky Cathedral, which is one of the largest Orthodox places of worship in the world.
- You can find churches, mosques, and synagogues all in close proximity to each other in Sofia, which is a multicultural and tolerant city.
- Most of the street signs around Sofia are only printed in the Cyrillic alphabet – but as many locals speak some English, you can just ask for directions if you get lost!
- There are thermal waters in Sofia. You can drink the beneficial mineral water at two public fountains at the Sofia History Museum, which used to be the Sofia Central Mineral Baths until 1986.
- Make sure you try the delicious savory pastry, Banichka, which can be found in bakeries all over the city.

Sofia is an underrated and often overlooked spot for digital nomads and remote workers, but it’s definitely a hidden gem. All the better, as the cost of living is fairly low, and you’ll still be sure to bump into some fellow nomadic travelers in the modern coworking spaces, or if you choose to stay at the trendy coliving spaces that have begun to open up around the Bulgarian capital.

Coliving is a new trend amongst millennials for renting shared apartments. Whether you're moving to Sofia for work or just looking for a new apartment, coliving in Sofia is a good way to save money and live with like-minded people. Co-living places people from different backgrounds together and encourages them to interact, collaborate and form new friendships. When compared to dorms, coliving is much more attractive, since it's relatively inexpensive, all-inclusive and allows you to rent a furnished room with an individual lease.

Why book coliving in Sofia?