We welcome like-minded people looking for an exclusive housing experience. We want to live new experiences from all cultures and nationalities and make your stay a joy of life. If you are new to the city or just consider moving in for two months and then trying out a new neighborhood. Even if you need a roommate, join us. This Chelsea 4-bedroom, 1-bathroom apartment features decor from popular brands such as All Modern, Baxton Studio, and West Elm. This area of the city is lively and exciting with an endless array of things to do. Once inside, you’ll find a comfortable living room complete with a Smart TV and chic linen sofa, and wood accent furniture. The 4 bedrooms all feature full-length blackout curtains for optimal privacy, as well as their own unique decor accents including elements like floor plants, alarm clocks, accent rugs, and personal desk space 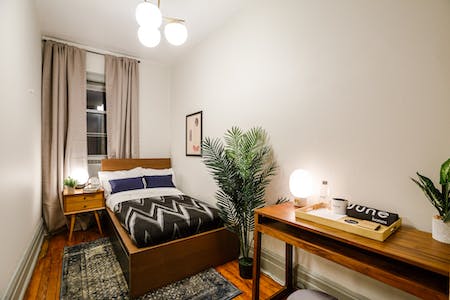 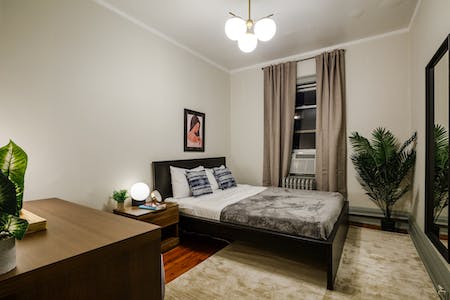 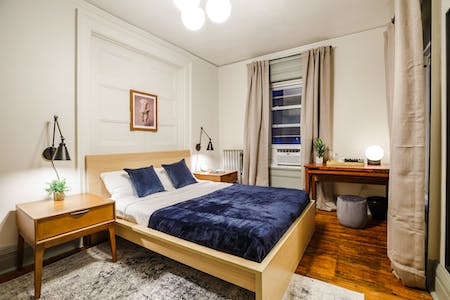 Chelsea is a neighborhood on the West Side of the borough of Manhattan. The district's boundaries are roughly 14th Street to the south, the Hudson River and West Street to the west, and Sixth Avenue to the east, with its northern boundary variously described as near the upper 20s or 34th Street, the next major crosstown street to the north. A short stroll around the surrounding streets will take you to the best restaurants, bars, galleries, and fashion destinations in the city, ready for you to explore. Located in the heart of Chelsea, you have easy access to the most convenient public transit including Penn Station and the A, C, E & 1, 2 subway lines. 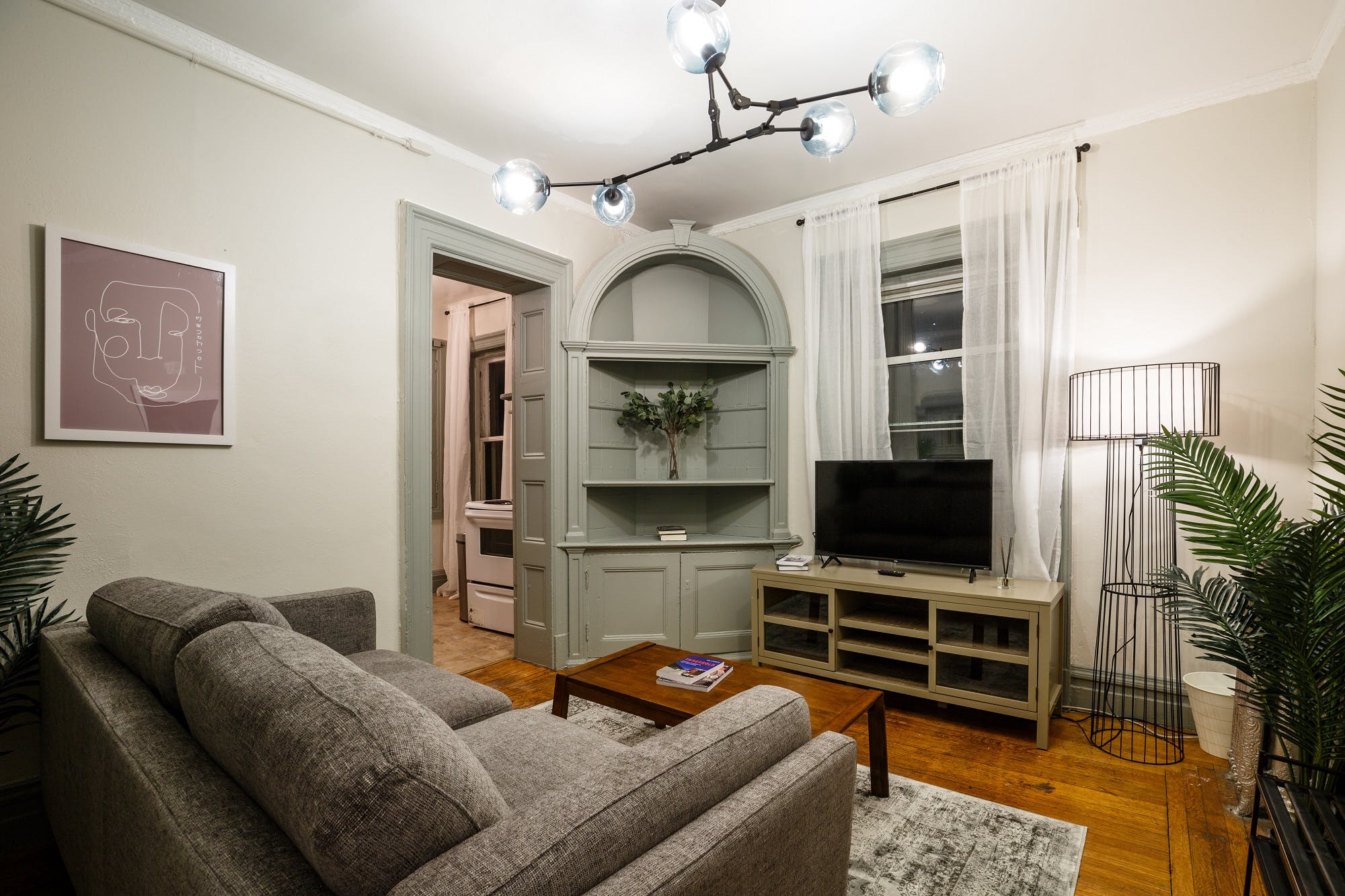