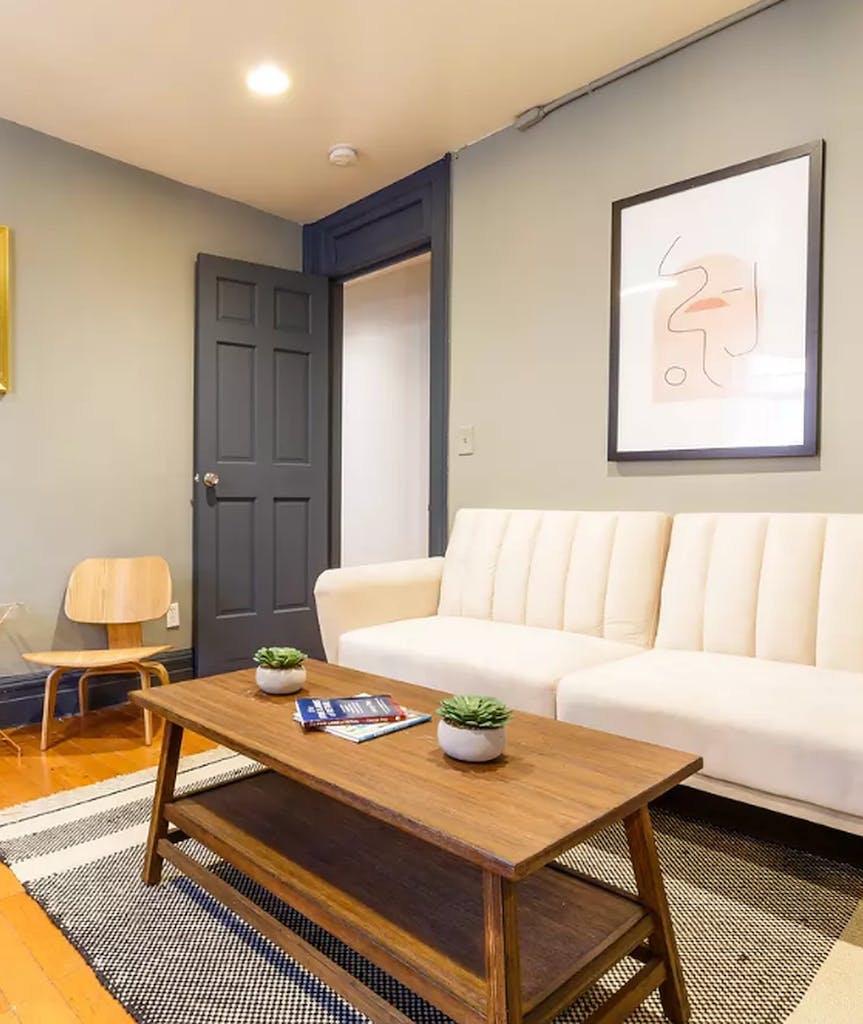 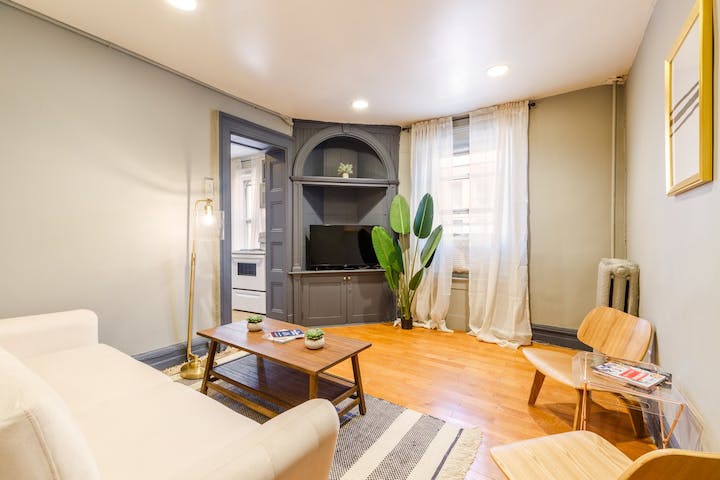 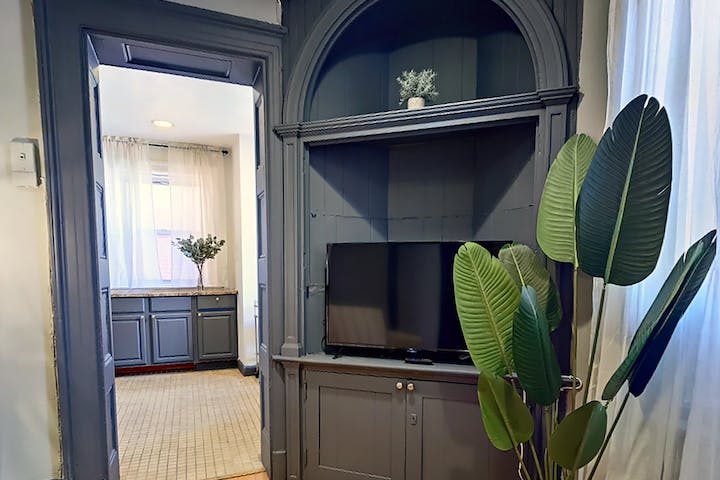 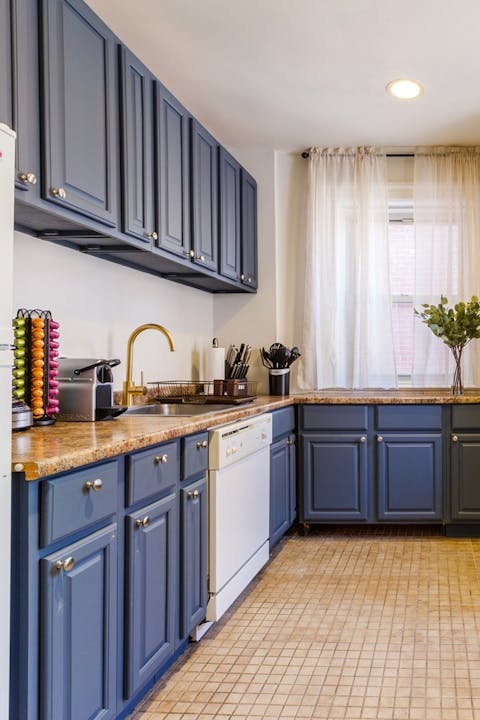 We welcome like-minded people looking for an exclusive housing experience. We want to live new experiences from all cultures and nationalities and make your stay a joy of life. If you are new to the city or just consider moving in for two months and then trying out a new neighborhood. Even if you need a roommate, join us. This 4 bedrooms and 1 bathroom home is conveniently located in Chelsea putting you in the center of tons of public transit options, popular attractions like the Highline and Chelsea Market, and ample food and drink options. Some highlights from this home include a spacious living room, a newly refurbished kitchen, and a freshly tiled bathroom. The living room is complete with a large cream sofa, wood furniture accents, and a Smart TV for all your home entertainment needs. The kitchen is right off the living and features ample granite-style counter space and cabinets. The bedrooms feature unique design accents such as full-length curtains, personal desk space, and hand-picked decor. The following services and amenities are included:
- Flexible 1-18 month lease, no broker or extra fees.
- Central AC and heating system.
- Laundry room.
- Fully equipped kitchen.
- High-speed wifi.
- Large flat screen tv.

Chelsea is a neighborhood on the West Side of the borough of Manhattan. The district's boundaries are roughly 14th Street to the south, the Hudson River and West Street to the west, and Sixth Avenue to the east, with its northern boundary variously described as near the upper 20s or 34th Street, the next major crosstown street to the north. To the northwest of Chelsea is the neighborhood of Hell's Kitchen, as well as Hudson Yards; to the northeast are the Garment District and the remainder of Midtown South; to the east are NoMad and the Flatiron District; to the southwest is the Meatpacking District, and to the south and southeast are the West Village and the remainder of Greenwich Village. 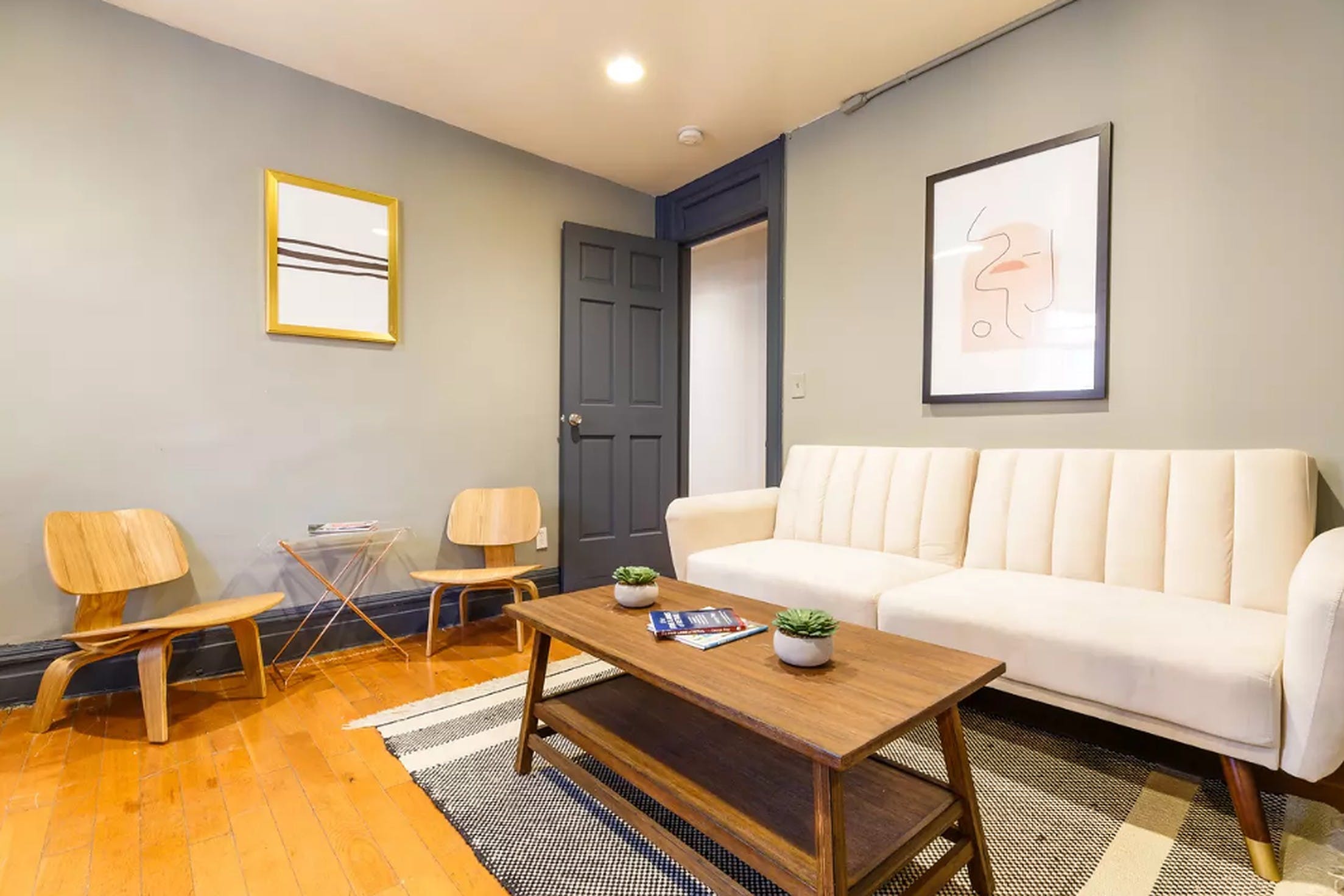 Excellent!
Based on 7 reviews