We welcome like-minded people looking for an exclusive housing experience. We want to live new experiences from all cultures and nationalities and make your stay a joy of life. If you are new to the city or just consider moving in for two months and then trying out a new neighborhood. Even if you need a roommate, join us. This furnished 3 bedrooms 1 bathroom home is located in the historic West Harlem neighborhood of New York City. The unit raises the standard of living within the established area and the subway station is only a Spotify song away. This light-filled home includes a washer-dryer in-unit/dishwasher and all the necessary utilities to help you feel right at home. The following services and amenities are included:
- Flexible 1-18 month lease, no broker or extra fees.
- Central AC and heating system.
- Laundry room.
- Fully equipped kitchen.
- High-speed wifi.
- Large flat screen tv. 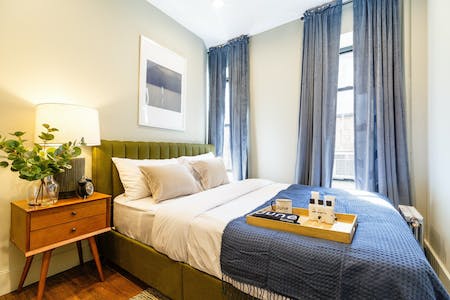 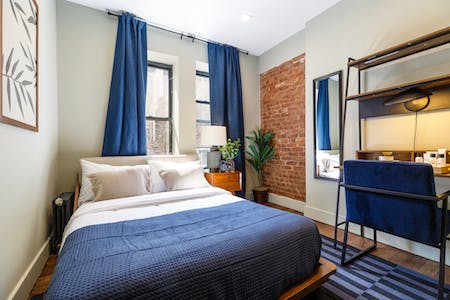 Morningside Heights is a neighborhood on the West Side of Upper Manhattan. It is bounded by Morningside Drive to the east, 125th Street to the north, 110th Street to the south, and Riverside Drive to the west. One of the three neighborhoods comprising West Harlem, Morningside Heights borders Central Harlem and Morningside Park to the east, Manhattanville to the north, the Manhattan Valley section of the Upper West Side to the south, and Riverside Park to the west. The main thoroughfare is Broadway, which runs north-south through the neighborhood. 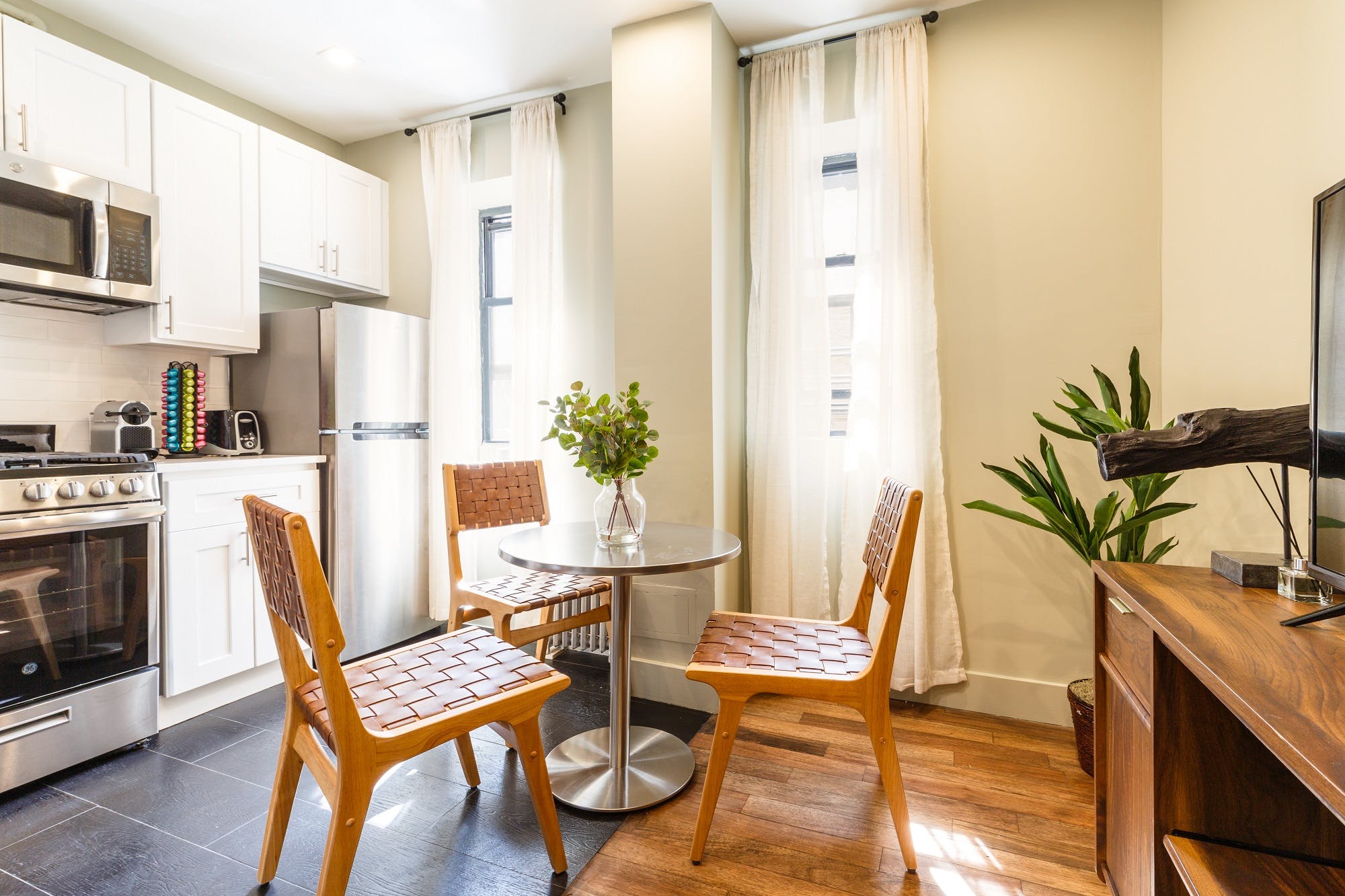