Rooms for rent in Tokyo

Book affordable and hassle-free coliving in Tokyo.
- all amenities included. 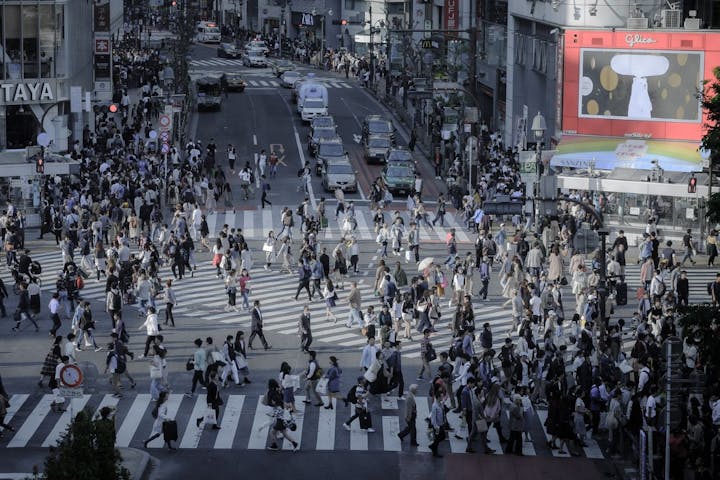 Everyone is familiar with Japan's busy and modern capital Tokyo, but there truly is more than meets the eye. Tokyo has a combination of ultra-modern lifestyles with a gorgeous history, including temples, shrines, and even the Imperial Palace, making it a coliving must on most nomads’ list.

The city is right up there with New York, Paris, and London. The Greater Tokyo Area is of the most significant urban hubs and the most populated metropolitan area in the world. With internationally recognized cuisine, arts, and theater, the city is visited by millions every year to get a taste of what Tokyo offers.

Now, most are familiar with the above mentioned, but what happens in the heart of Tokyo convinces people to make it their home. The Robot Restaurant is worth a whopping 10 million Yen and does not disappoint. It gives new meaning to the saying dinner and a show. With bright neon lights and remarkable food, it is a treat for the senses.

If you’re looking for a traditional boozy experience, an Izakaya alley is the perfect place for you. They are filled with small, pub-like venues that serve drinks and traditional snacks for a reasonable price. An ideal place to makes friends with the locals.

Tokyo is home to many famous internationally acclaimed museums showcasing both modern and traditional art. The Mori Digital Art Museum uses the latest technology, light, and sound to create some of the most spectacular art exhibits ever seen.

Just as Tokyo dominates the modern scene, it holds history near and dear. With shrines and temples both beautiful and unique. The Sensoji Temple is the oldest in Tokyo. A highlight for Japanese architecture, the temple is in the historic center of the city. You can enjoy the history and culture and maybe even some traditional Japanese snacks while there.

Whether you long to see Tokyo because it holds the seat of the Emperor of Japan or because it has the tallest tower in the world, the city has something for anyone. It has been a popular backdrop for movies like Tokyo Drift and Avengers Endgame because it has so much to offer. The city is safe for everyone.. It has the modern technology that every digital nomad dreams of, making Tokyo a top coliving destination.

Here are some fun facts about Tokyo:

- Tokyo has more Michelin star restaurants than Paris
- There are vending machines everywhere. It is believed 3% of Japan's power is used to power vending machines
- The Shibuya Crossing in Tokyo can, at peak times, have over 1000 people crossing at once, making it the busiest crossing in the world
- Shinjuku station is the most significant and busiest railway station in the world, with just under four million passing through daily