Rooms for rent in Nagasaki

Book affordable and hassle-free coliving in Nagasaki.
- all amenities included. 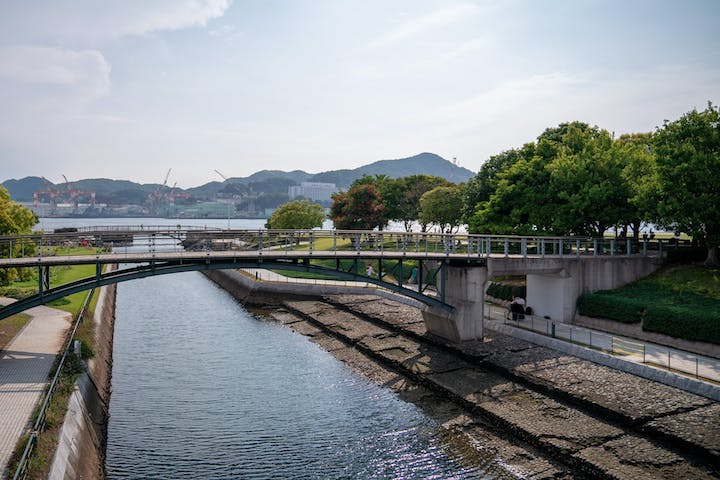 Although once known for its devastating bombing in World War II, it is a city full of history and beauty. With Nagasaki still mostly undiscovered by tourists, coliving is becoming more and more popular, especially for the digital nomad that enjoys the peace and quiet over the hustle and bustle.

Located on the North West coast on Kyushu Island, Nagasaki urges you to visit. The city is home to volcanoes, historic buildings, hot springs, and has a large natural harbor. The city is well known as the second and last city in the world to experience a nuclear attack.

At The Atomic Bomb Museum, you will find one of the main monuments representing the World War II bombing. More importantly, you will see memorabilia from that time that honors the lives that were lost and those that survived. When the city started rebuilding after the war, they focused on becoming a hub for foreign trade, shipbuilding, and fishing.

Nagasaki embraces all its history, even the parts of it that have a prominent Dutch feel. Huis Ten Bosch acts as an open-air museum. A little bit of the Netherland in Japan offers a stunning windmill, homes, and buildings from the Dutch Golden Age.

The city is also home to Admire Oura Cathedral a catholic church dating back to the late 1800's it is said to be the oldest of its kind. Standing tall and proud, the cathedral is truly breathtaking. Talking about breathtaking, Mount Inasa has one of the most spectacular views of the city, if you are looking for something to do, a hike outdoors up to the top is a win.
Nagasaki is well known for its street food and delicacies, which you can find in abundance. Kakuni-Manju is a pork cutler marinated and stuffed into a yummy steamed bun. Marakoa, which is a pound cake-like dessert steamed and infused with chocolate or chestnuts. These are some that are among the favorites.

Do not let the fact that there is no subway deter you, as a very convenient and safe tram system keeps the city moving. There are inexpensive all-day passes that quickly becomes a nomads must-have.

Nagasaki is the place to be if you are looking for a change in scenery and somewhere that far from being overcrowded. Join the digital nomads calling this place home. With a ton of coworking spots, it's no wonder coliving in Nagasaki comes highly recommended.

Here are some fun facts about Nagasaki:

- Nagasaki has its very own penguin museum that has set feeding time so that the public can participate
- If you are looking for a beach, take a boat to Iojimo. Swimming is this island's main attraction, and it even has hot springs
- Nagasaki Peace Memorial Hall has large glass containing journals with the names of those that lost their lives in the bombing
- Nagasaki was once the only key entrance port for foreign countries for hundreds of years in Japan's period of national isolation