Book affordable and hassle-free coliving in Montreal.
- all amenities included. 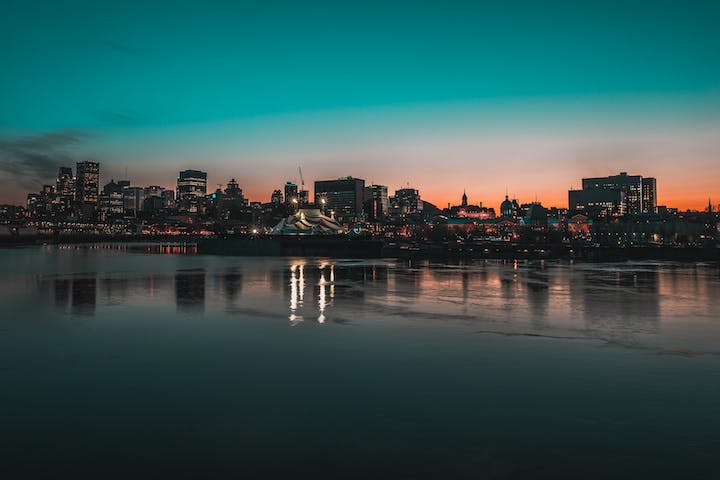 Montreal is a beautiful city in Canada that perfectly balances old, European architecture and style with North American culture. Montreal is also a thriving hub of remote workers and location independent travelers, who make use of the many coliving spaces on offer here. Located in French-speaking Quebec, Montreal is known for its quirky winding streets, the historic port, and the amazing restaurants found all over the city. Although Montreal is a large city, it’s still easy to make your way around, thanks to the metro and a clever system of underground pedestrian walkways. As you explore the city and see the sights, you’ll discover the large population of digital nomads that choose to make Montreal home for both short and long-term stays. Most cafes also have super fast Wi-Fi and the customer service is excellent. You can get by speaking only English, but if you do pick up a few phrases of Quebecois French, it will be well received and appreciated by the locals. The city feels friendly, safe and clean, and there’s always an exciting range of cultural events to fill your time. Whether you’re into classical or modern architecture, there are plenty of impressive buildings, or you can indulge in some retail therapy in the cute boutiques in the cobble-stoned streets.

Here are some fun facts about Montreal:
- Montreal is the second most populous city in Canada, after Toronto.
- Most people living in Montreal speak two – or even three – languages.
- Home to 3.7 million people, the population is made up of more than 120 different ethnic communities, making Montreal a tolerant, multicultural place to live.
- Montreal has a vibrant foodie scene, with more restaurants than anywhere else in North America, with the exception of New York.
- Montreal gets its name from the mountain, Mont-Royal that the city is built around.
- After Paris, Montreal is the second largest francophone city in the world.
- The first organized hockey team in the world was started in Montreal in 1897 – the McGill University Hockey Club.
- There are 68 metro stations on four different metro lines in Montreal.

Montreal is a great place for remote workers and location independent travelers to spend a few weeks or months. You’ll find reasonably priced coliving options here and a friendly community of digital nomads. It’s a perfect place to live, work and play.