We welcome like-minded people looking for an exclusive housing experience. We want to live new experiences from all cultures and nationalities and make your stay a joy of life. If you are new to the city or just consider moving in for two months and then trying out a new neighborhood. Even if you need a roommate, join us. To the right of the entrance is the living room with a grey upholstered sofa, walnut wood coffee table, and metal tv stand. Off in the corner is a stainless steel bistro table for two perfect for dining. Further in the rear, you’ll find the fully renovated and stocked kitchen featuring all you’ll need to chef up your next meal. To the left of the main entrance, down the hallway, are the three fully appointed guestrooms. The first room is painted a neutral color that perfectly accents the upholstered full bed and its walnut wood trims. The following amenities and services are included:
- Flexible 1-18 month lease, no broker or extra fees.
- Furnished rooms.
- High-speed wifi.
- Large flat screen tv.
- Cleaning supplies. 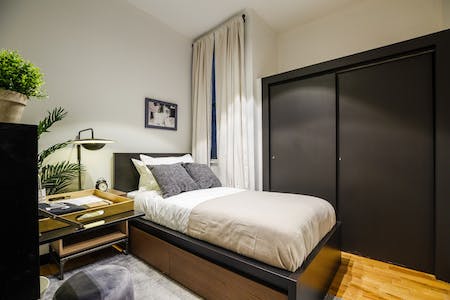 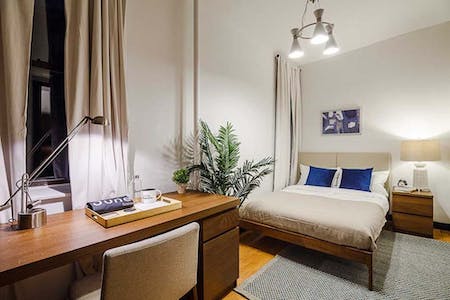 South Harlem is a neighborhood in the northern section of Manhattan's borough. The area stretches from Central Park North to West 125th Street, and from Morningside Park to Fifth Avenue. Since the late 20th century, the neighborhood has been experiencing the effects of gentrification and new capital. Great location and proximity to Morningside and Central Parks, as well as to the Columbia University, attracts new construction, new restaurant openings, and bars. Last year a Whole Foods opened on one of the area's most iconic corners: 125th Street and Lenox Avenue 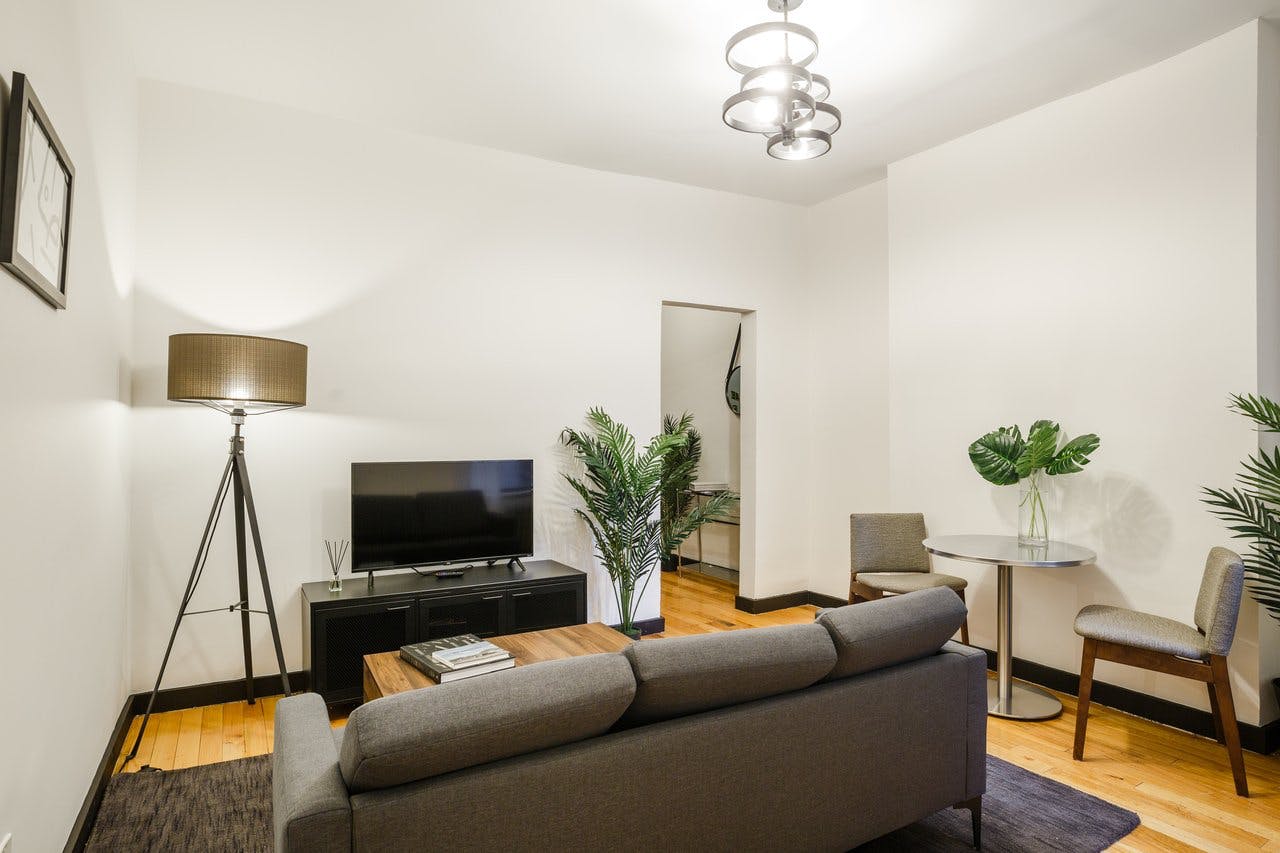