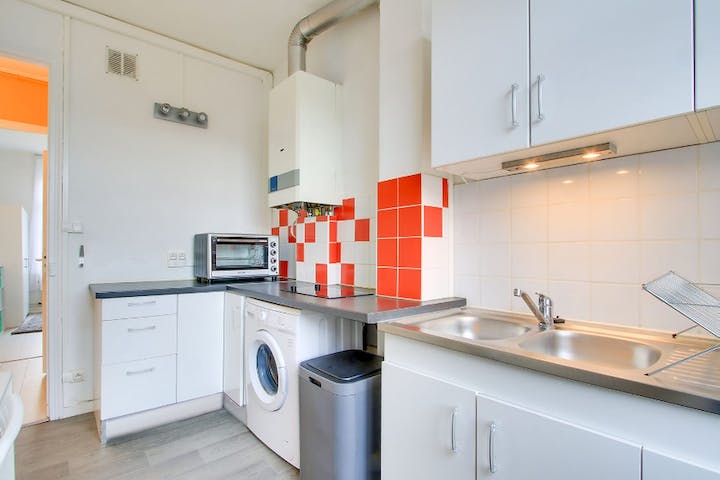 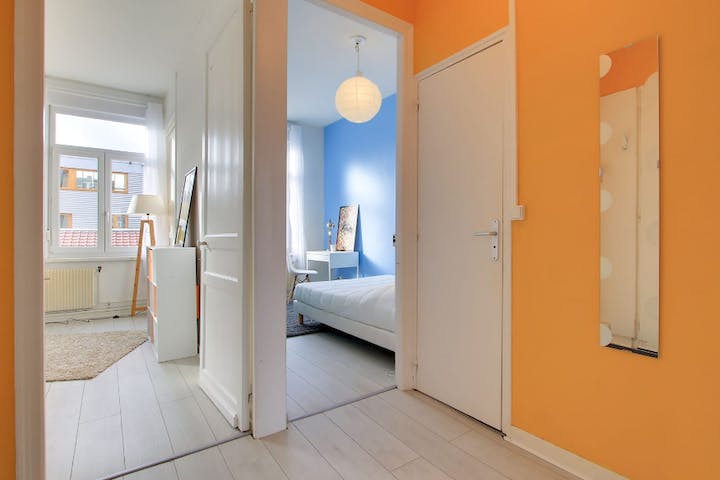 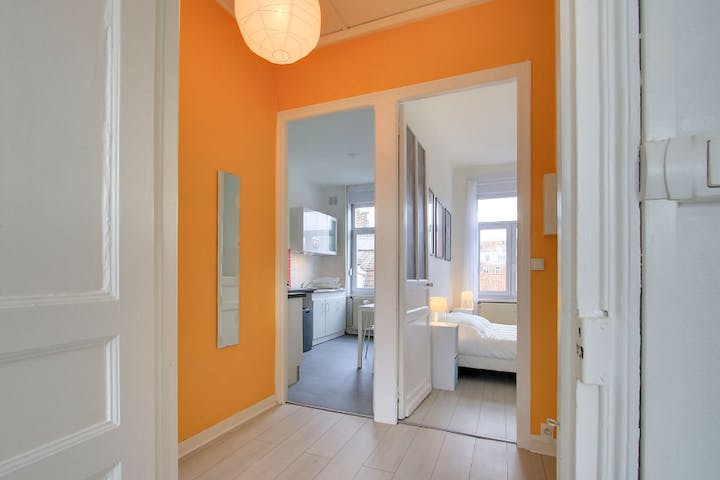 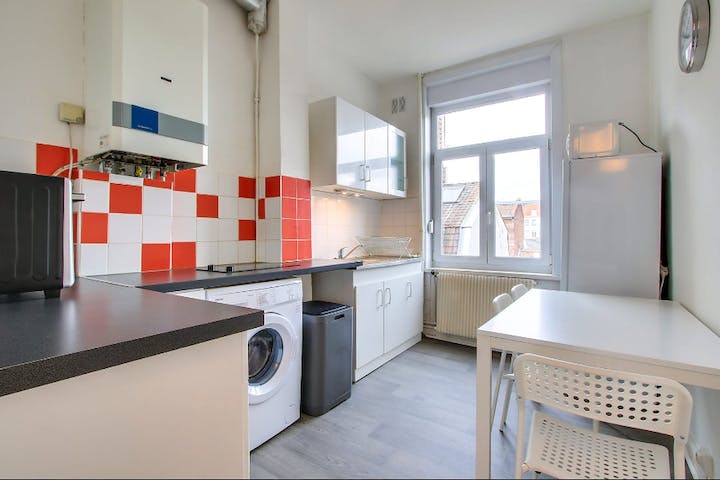 Our community consists of people around the world that look at Lille as a city to become their dreams true. We host 18-35 years old students and young professionals, digital nomads, entrepreneurs, like-minded people, French and International, looking for an all-included, easy to book, and low paperwork accommodation solution in Lille. Our property's entirely furnished and includes all bills: electricity, water, unlimited wi-fi, housing insurance, household waste tax, condominium fees. The superb private bedroom in a fully equipped, furnished, and all-inclusive flatshare in Lille puts together comfort and design. The following amenities and services are included:
- Complete kitchen with a refrigerator, crockery, pans, microwave, kitchen utensils, kettle, toaster.
- Flat also has a clothes rack, an iron, an ironing board, a washing machine.
- Additionally, you will find cleaning items directly in the apartment: bagless hoover, dustpan, brush, broom, mop, and bucket.
- It benefits from many household items, including a double bed with pillows and a duvet. The room has a security lock if you need intimacy.
- You will also find chairs, lamps, power strips, and desks as workspace.
- Fast wifi internet connection.
Note this host will require a 490€ registration fee. You can benefit from CAF assistance up to 258€ for this property, depending on the rent and your monthly situation. 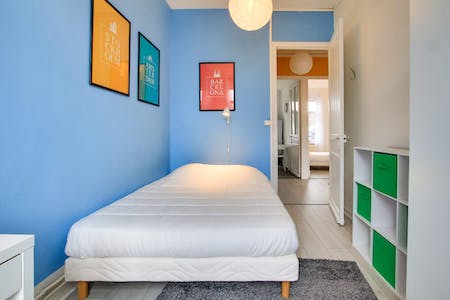 The Wazemmes district is cosmopolitan, popular, and colorful. It welcomes restaurants with very diverse cuisine and shops of foreign origin such as Chinese, Thai, or Arabic. Known for its beautiful traditional houses, it is increasingly being inhabited by students and young professionals. When shops reigned among small businesses before, as is still the case in Gambetta Street, now cultural spaces are on the scene and trendy bars are becoming more frequent. The heart of the district, Les Halles de Wazemmes, treats its inhabitants and visitors daily with an indoor market, and also with another large open-air market on Tuesday, Thursday and Saturday mornings. 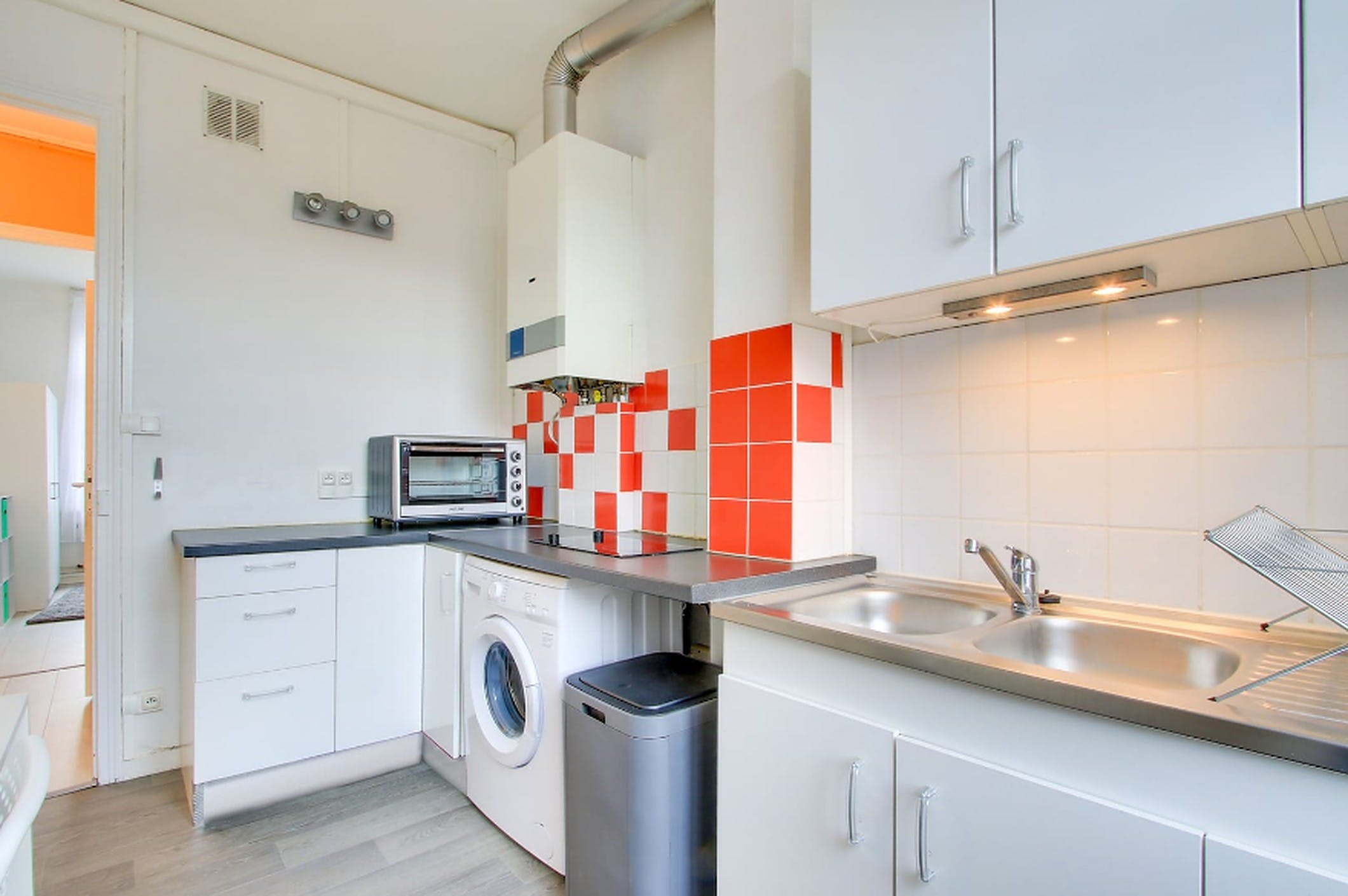 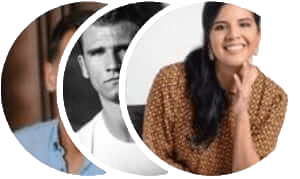 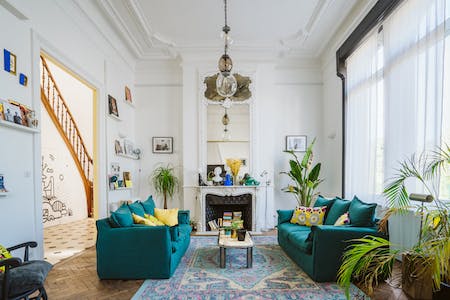 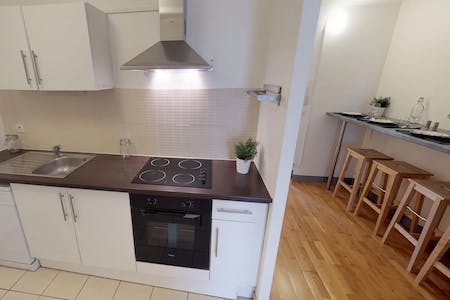 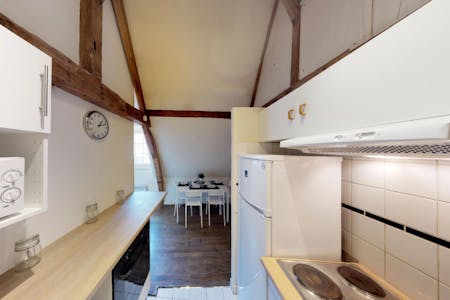