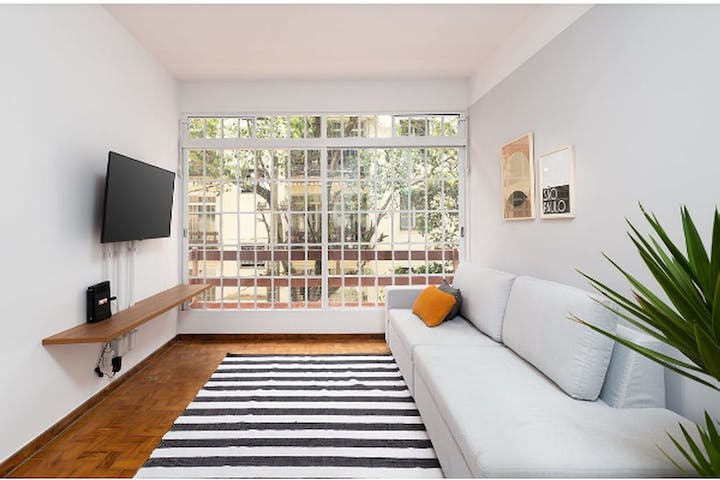 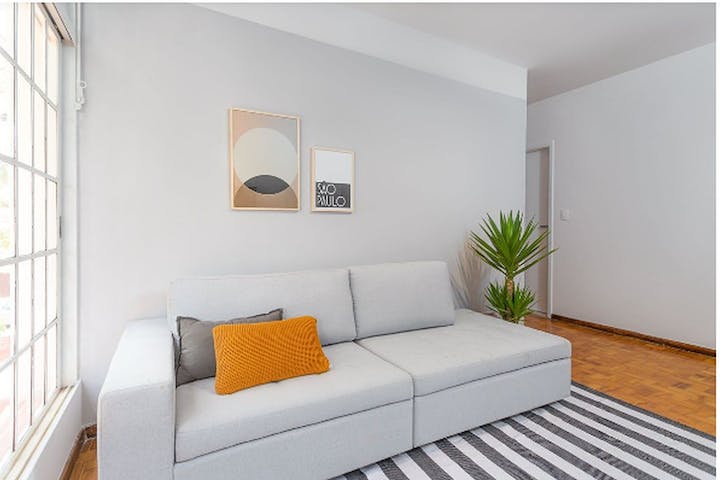 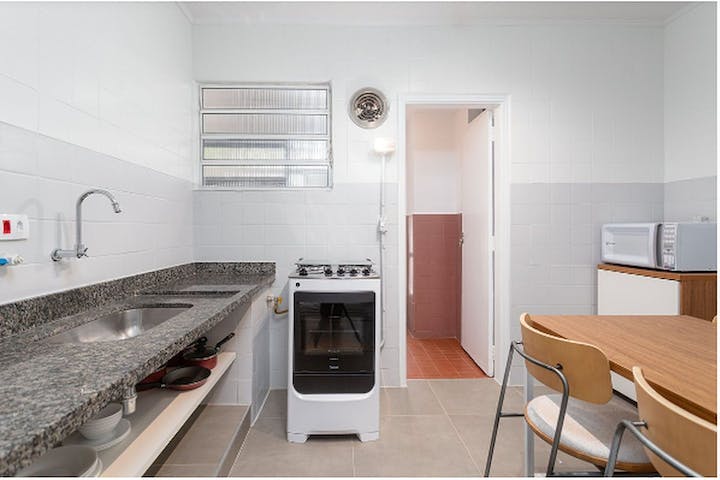 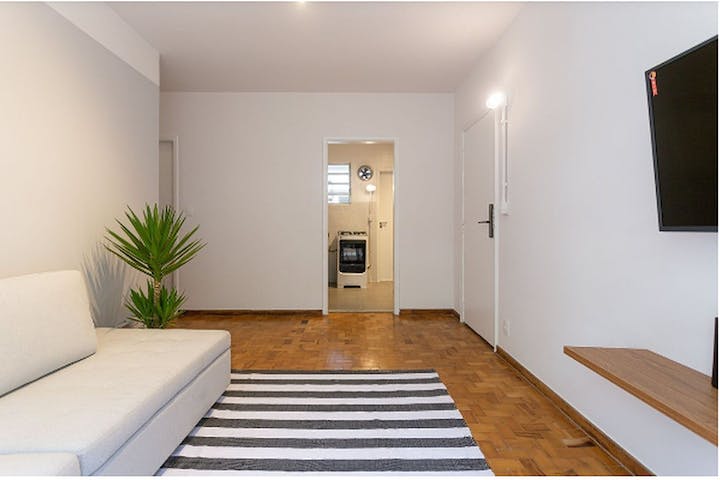 Our property is for people who want to share an apartment to live in one of the bests neighborhoods of Sao Paulo. We provide you more quality life and also their community that stays in the property. Our community is of like-minded, digital nomads, professionals, students, or people around every corner of the world who look at Sao Paolo as a beautiful city to live and share experiences, making his coliving a style of life. Our property is where you will end up living in a new apartment, modern, renovated, with high-beauty infrastructures, like luxury condominiums. Our space consists of everything you need to comfortable and plenty as you need and looking for. We guarantee all the comforts and services you want. The following amenities and services are included:
- Furnished rooms with all the amenities. Rooms will share a bathroom with one tenant except for the rooms it has a private ensuite bathroom. You will find in your room: Queen size bed, workspace, desk and chairs, wardrobe, lamp, AC, and Smart TV. Enjoy your views in your windows too.
- Bathrooms with all the essentials.
- Full-equipped kitchen for your meals.
- Weekly cleaning services.
- Washer and laundry room.
- A fixed account with all services included.
- Digital access to the concierge and safety/ electronic locks.
- Bike storage. 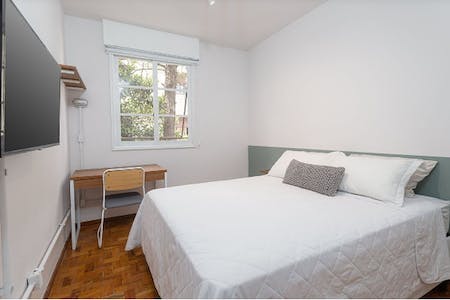 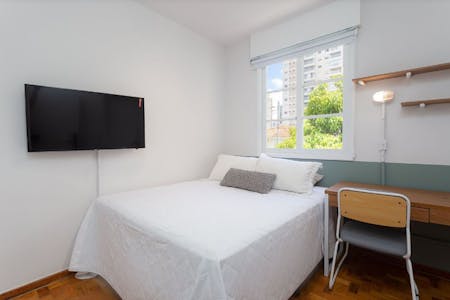 Vila Cordeiro is an upscale neighborhood in the South Zone of the city of São Paulo, belonging to the district of Itaim Bibi. It is delimited by Avenida das Nações Unidas, Avenida Jornalista Roberto Marinho, Avenida Santo Amaro and Avenida Pêtronio Júnior. In the blocks near Marginal Pinheiros, it houses stores and some of the most modern buildings in the city, such as Bank Boston headquarters, TV Globo São Paulo. and the luxurious Hyatt Hotel. In other areas, it has horizontal residences for the middle and upper-middle classes and afforestation. Due to real estate speculation, the neighborhood is constantly called Brooklin Novo.

• Min. stay: 6 months
• No smoking inside
• Pets not allowed 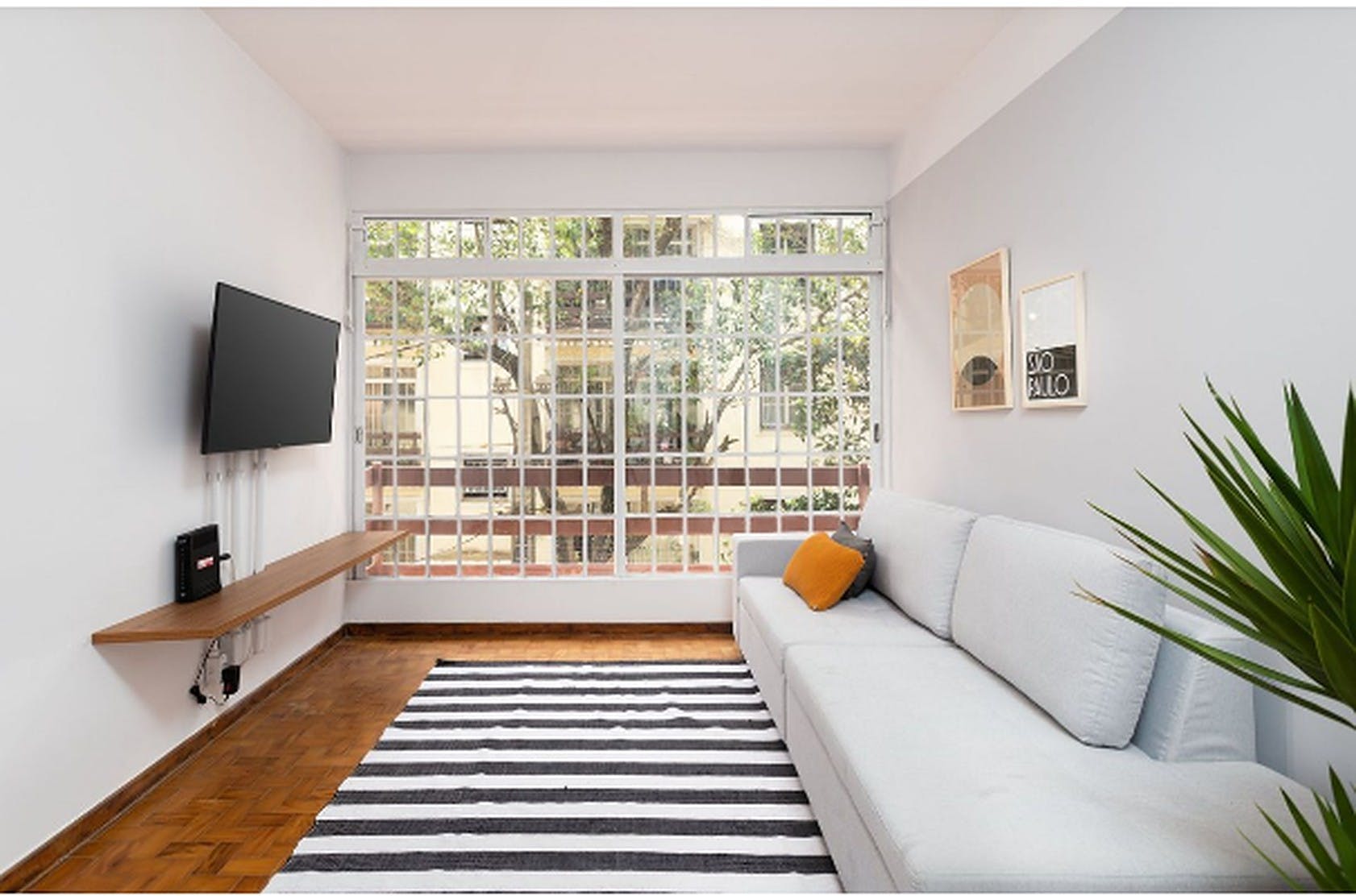 The service fee, transaction fee and down payment/holding deposit are non-refundable.
You may read more about Cancellation Policy here.
To cancel your booking, please go to your Bookings.
/ month
Discount
ColivingCash
-
Invite-Discount
-
Promo Discount
-
Got a question? 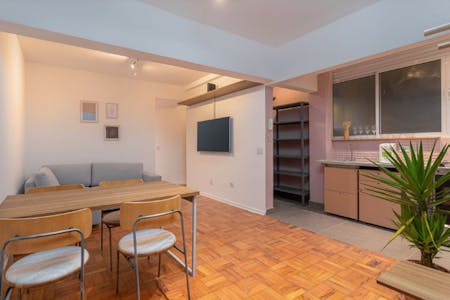 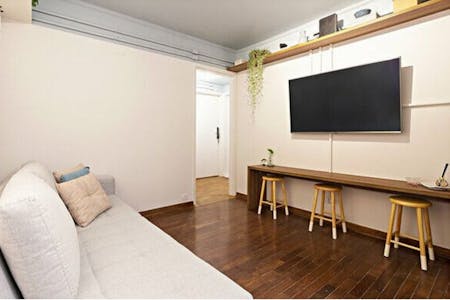 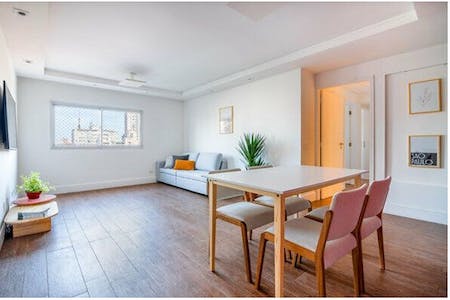