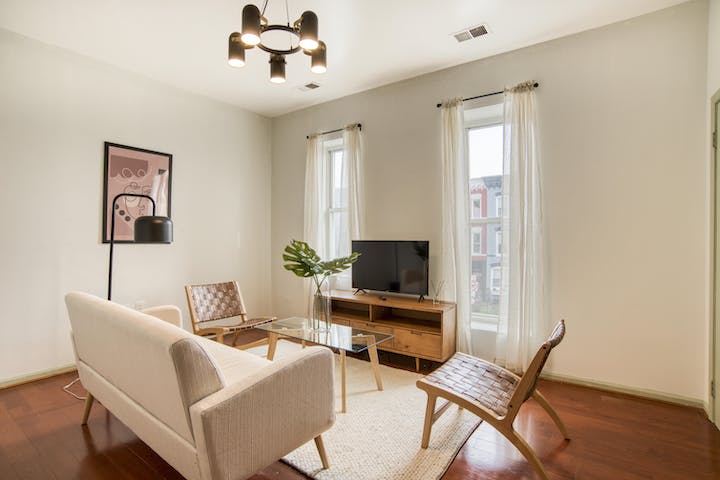 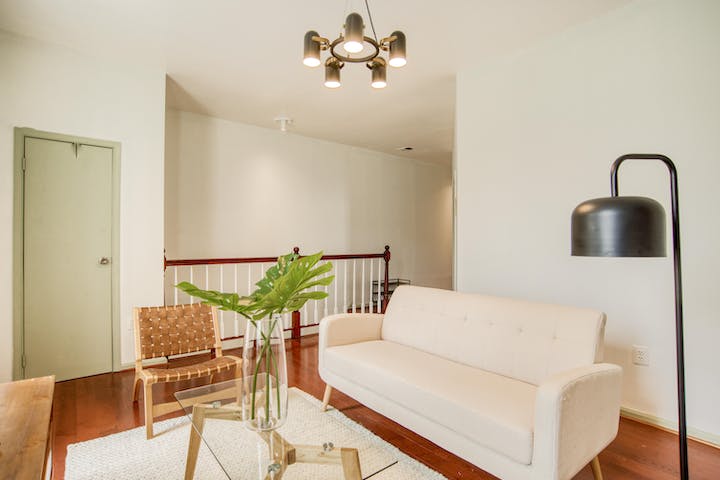 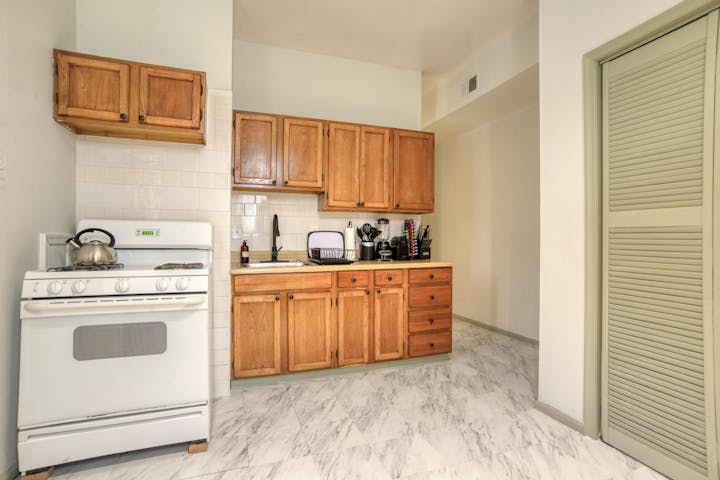 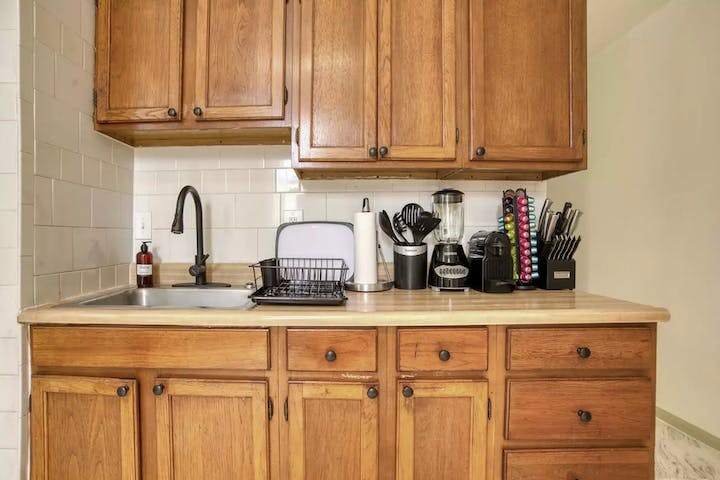 We welcome like-minded people looking for an exclusive housing experience. We want to live new experiences from all cultures and nationalities and make your stay a joy of life. If you are new to the city or just consider moving in for two months and then trying out a new neighborhood. Even if you need a roommate, join us. This furnished 3 bedrooms and 1.5 bathrooms home is located in the Union Market neighborhood of Washington D.C. You enter the home through a stairwell painted in an off-white with contrasting sage green moldings. Once up the stairwell, you encounter the well-appointed living room equipped with a Smart TV. Down the hallway, you’ll find 3 bedrooms that feature hotel-quality sheets and mattresses, perfect for a long or short-term stay. The following amenities and services are included:
- Flexible 1-18 month lease, no broker or extra fees.
- Central AC and heating system.
- Furnished rooms.
- Fully equipped kitchen.
- High-speed wifi.
- Large flat screen tv. 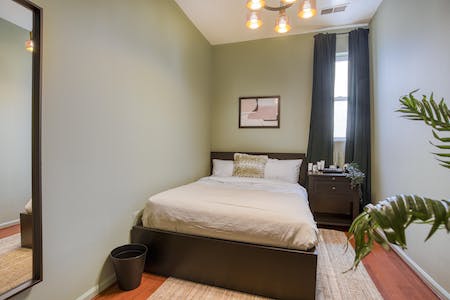 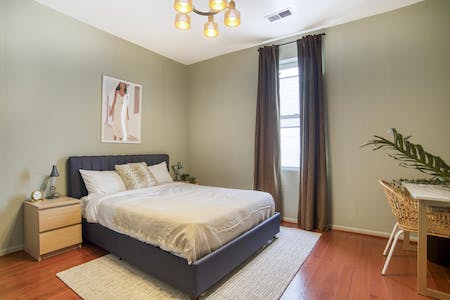 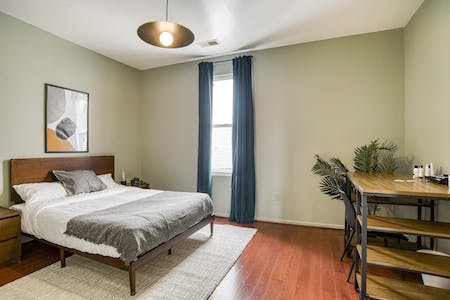 NW and NoMa is a moniker for the area North of Massachusetts Avenue located north and east of Union Station in Washington, D.C., United States. NoMa includes the neighborhoods of Sursum Corda, Eckington, and Near Northeast and includes a section historically known as Swampoodle. Its southern tip is four blocks from Capitol Hill. "NoMa", meaning "North of Massachusetts Avenue", is a syllabic abbreviation on the model of other similarly named neighborhoods such as SoHo and Tribeca. 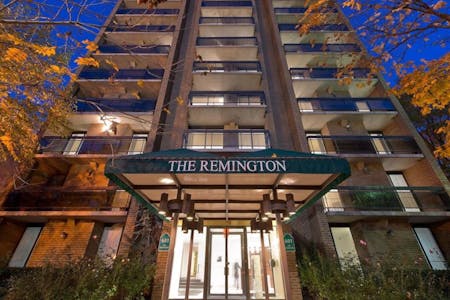 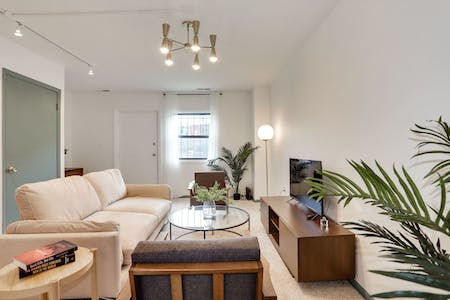 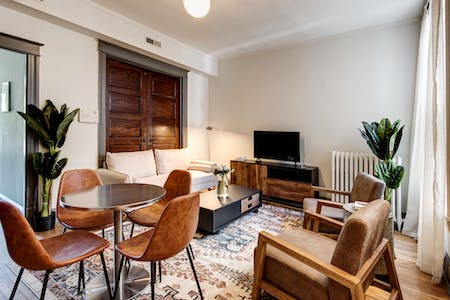