Rooms for rent in Malaysia

Rooms for rent in Malaysia

Book affordable and hassle-free rooms for rent in Malaysia.
- all amenities included. 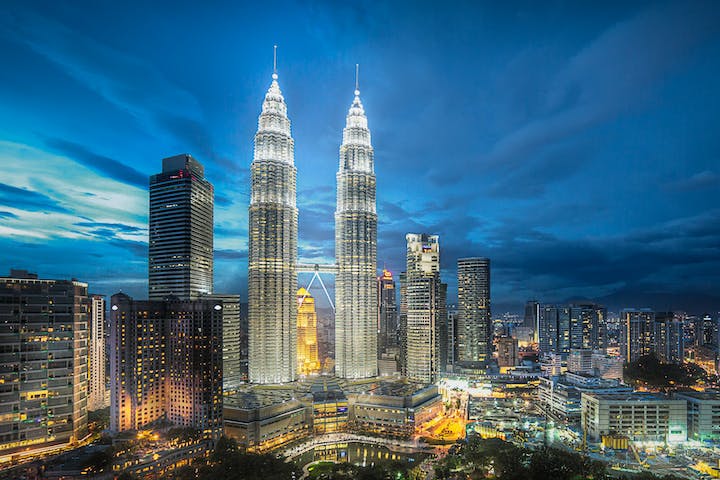 Malaysia is truly a convergence of the East and West. The country has a well-earned reputation of tolerance and international-mindedness, and it is regarded as one of the most vibrant economic centers in Southeast Asia. Coliving spaces are becoming increasingly commonplace, and Wi-Fi access is virtually everywhere.
English is widely spoken in Malaysia, alongside Malay and over 137 other minority languages. Locals are generally polite and personable, and propriety in public is held in high importance. The majority of Malaysia's population follow Islam. In order to fit in, it is best and polite to wear clothing that is loose-fitting and modest. During a meal, you may not be given silverware. This is not an oversight: it is common in Malaysia, especially in the Indian community, to eat with your right hand.

Kuala Lumpur, Malaysia's capital, is home to the Petronas Twin Towers. The towers, the tallest in the world at one point, are connected by a sky bridge that suspends daring visitors over forty stories in the air. Malaysian cuisine is a blend of Chinese, Thai, Malay, and Indian flavors. Eating out is a national pastime. Restaurants and food carts are often open late into the night, and in some areas, cheap and filling meals are available twenty-four hours a day!
Within Kuala Lumpur, you can find the enclaves of Little India and Chinatown. By exploring these areas, you can find the best places to get an authentic taste of the diversity in Malaysia.

The Malaysian currency is called Malaysian ringgit, and it comes in both paper and coin forms. ATMs and currency exchanges are plentiful in the capital city.
Every year, thousands of digital nomads settle into Penang, a region that touches the Malacca Strait. The island's startup scene is accelerating and provides ample opportunities to network and collaborate with like-minded people. Penang's capital, George Town, is a recognized UNESCO heritage site and is popular with visitors for its unique Asian- and European-influenced architecture.

Outside of glitzy Kuala Lumpur, Malaysia also has a rustic side. The national parks scattered throughout the country contain an abundance of natural wonders: you will find picturesque waterfalls, exquisite plant life, and dense rainforests. The ancient burial sites hidden throughout the caves in Gunung Mulu National Park make it a popular destination for tourists and archeologists.