We welcome like-minded people looking for an exclusive housing experience. We want to live new experiences from all cultures and nationalities and make your stay a joy of life. If you are new to the city or just consider moving in for two months and then trying out a new neighborhood. Even if you need a roommate, join us. This 4-bedroom, 2-bathroom furnished apartment it is been carefully designed to create an exclusive NYC experience. From the dedicated breakfast nook to the modern living room, every detail ensures a true turn-key move-in. You enter the unit through the dining area which seats 4. To the left is the newly renovated kitchen, perfect for long-term or short-term rentals. Off of the kitchen is the living area which features a modern design and a Smart TV. The bedroom walls are painted a neutral cream color with contrasting tan moldings. Space also embodies our standard of high-quality furnishings and unique accents including elements like floor plants, accent rugs, and art. 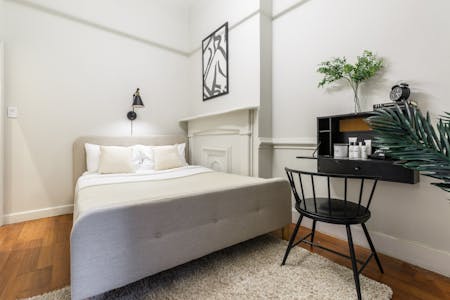 Hell's Kitchen, also known as Clinton, is a neighborhood on the West Side of Manhattan in NYC, west of Midtown Manhattan. It is considered to be bordered by 34th Street (or 41st Street) to the south, 59th Street to the north, Eighth Avenue to the east, and the Hudson River to the west. Hell's Kitchen is part of Manhattan Community District 4. It is patrolled by the 10th and Midtown North Precincts of the New York City Police Department. The area provides transport, medical, and warehouse infrastructure support to the business district of Manhattan. It is also known for its extensive selection of multiethnic, small, and relatively inexpensive restaurants, delicatessens, bodegas, bars, and associated nightlife. 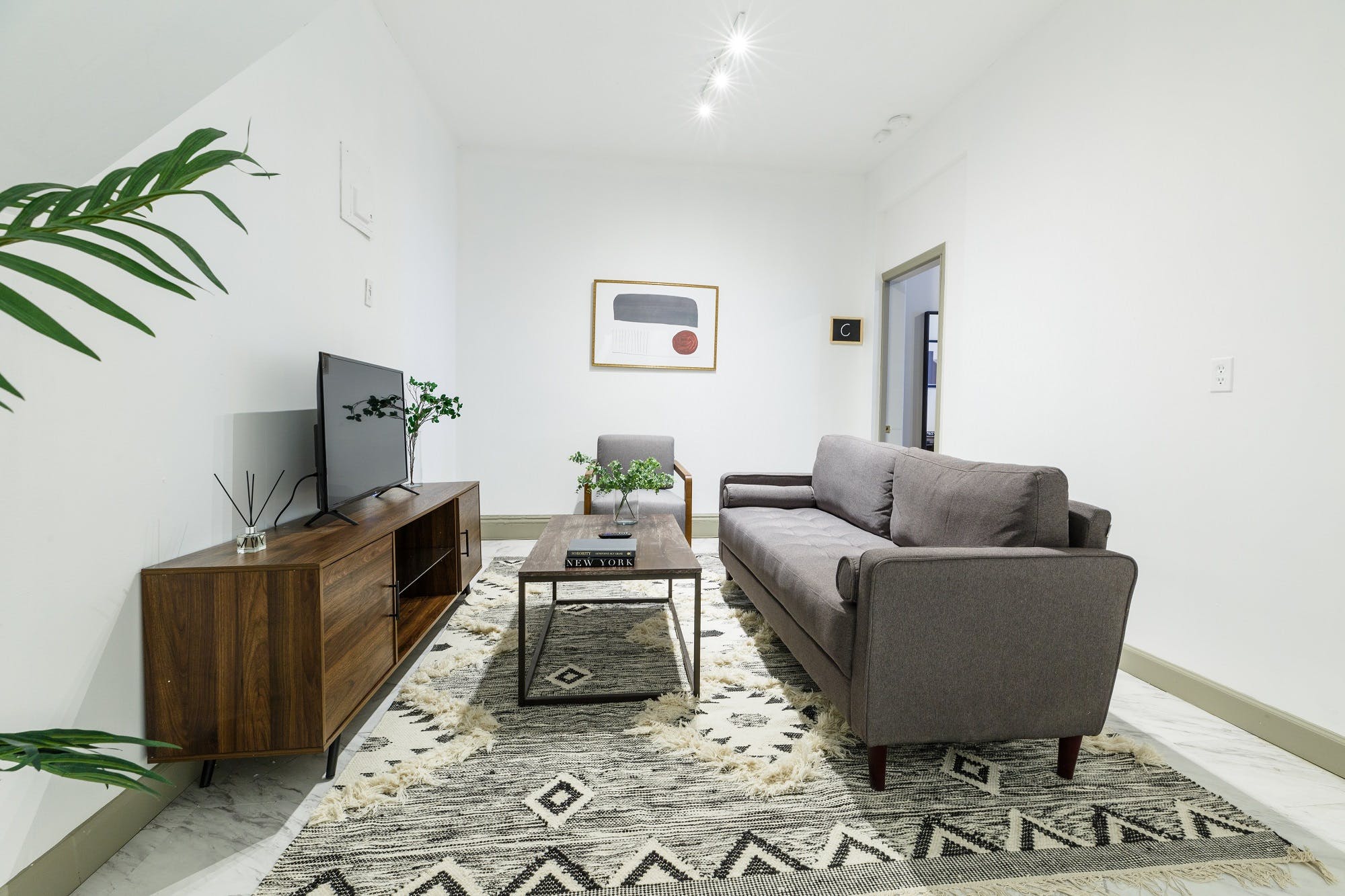