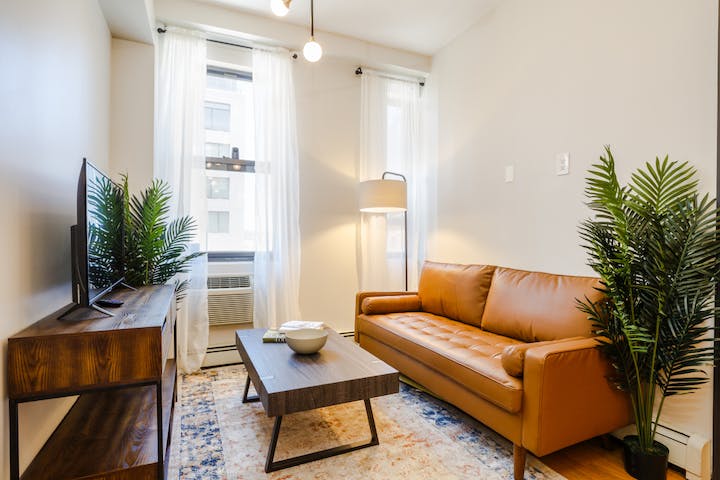 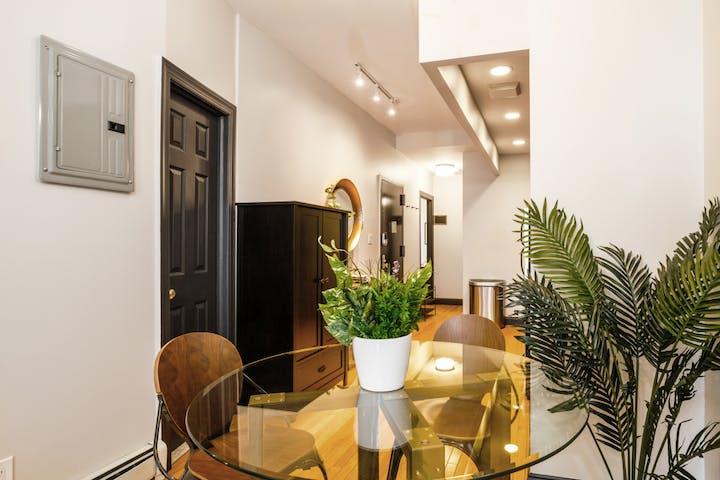 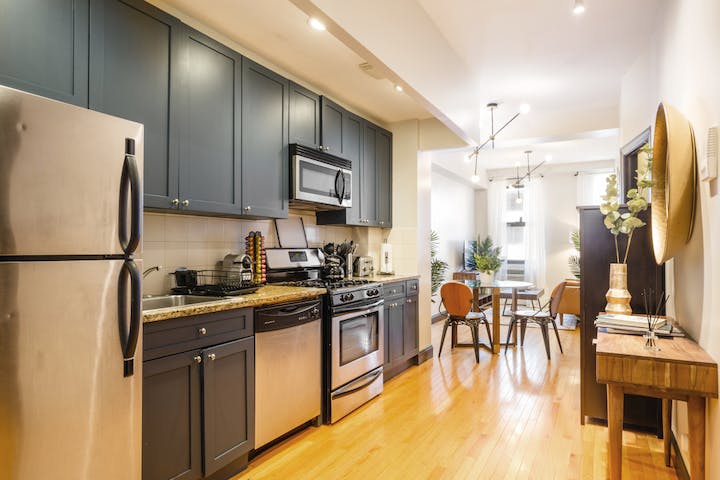 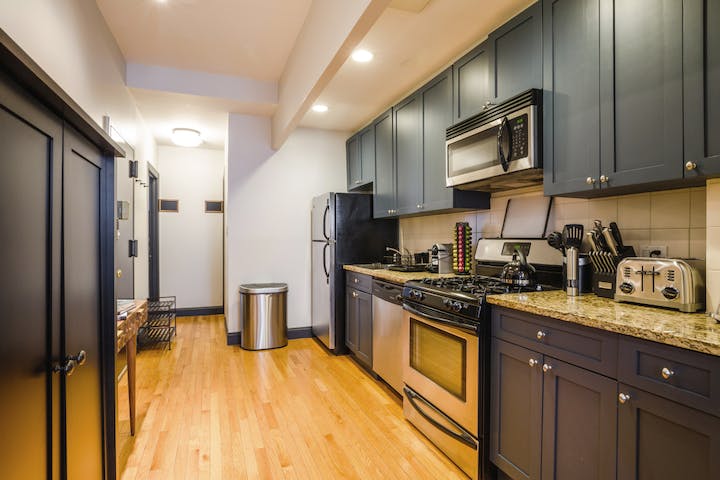 We welcome like-minded people looking for an exclusive housing experience. We want to live new experiences from all cultures and nationalities and make your stay a joy of life. If you are new to the city or just consider moving in for two months and then trying out a new neighborhood. Even if you need a roommate, join us. Upon your entrance, the newly renovated kitchen cabinets are painted in a muted blue tone which is cohesively paired to the various blue accents throughout the space. The living room pops with its saddle color leather sofa then contrasted by the black wood coffee table and grey accent chair. The dance between minimalism and maximalism is continued into the bedrooms which are 3 in number along with a single bathroom. You’ll find exposed brick walls and contrasting tones in the guestrooms which are designed to give each guestroom its own unique milieu. The following amenities and services are included:
- High-speed wifi.
- Large flat screen tv.
- Radiator heating.
- Cleaning supplies.
- Flexible 1-18 month lease, no broker or extra fees. 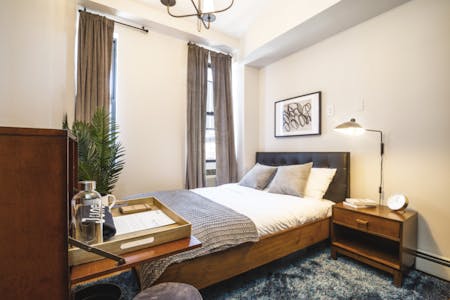 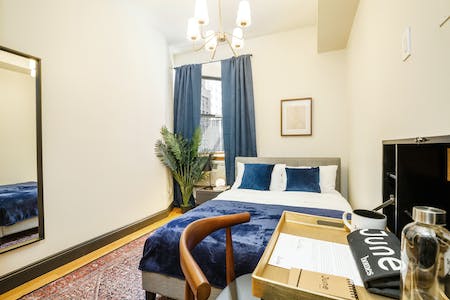 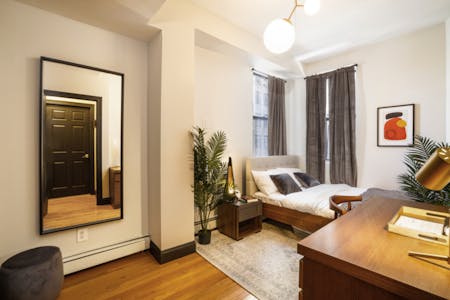 The Garment District, also known as the Garment Center, the Fashion District, or the Fashion Center, is a neighborhood located in the borough of Manhattan. The dense concentration of fashion-related uses gives the neighborhood its name. The neighborhood, less than 1 square mile (2.6 km2), is generally considered to lie between Fifth Avenue and Ninth Avenue, from 34th to 42nd Streets. The neighborhood is home to many of New York City's showrooms and to numerous major fashion labels and caters to all aspects of the fashion process from design and production to wholesale selling. The Garment District has been known since the early 20th century as the center for fashion manufacturing and fashion design in the United States, and even the world 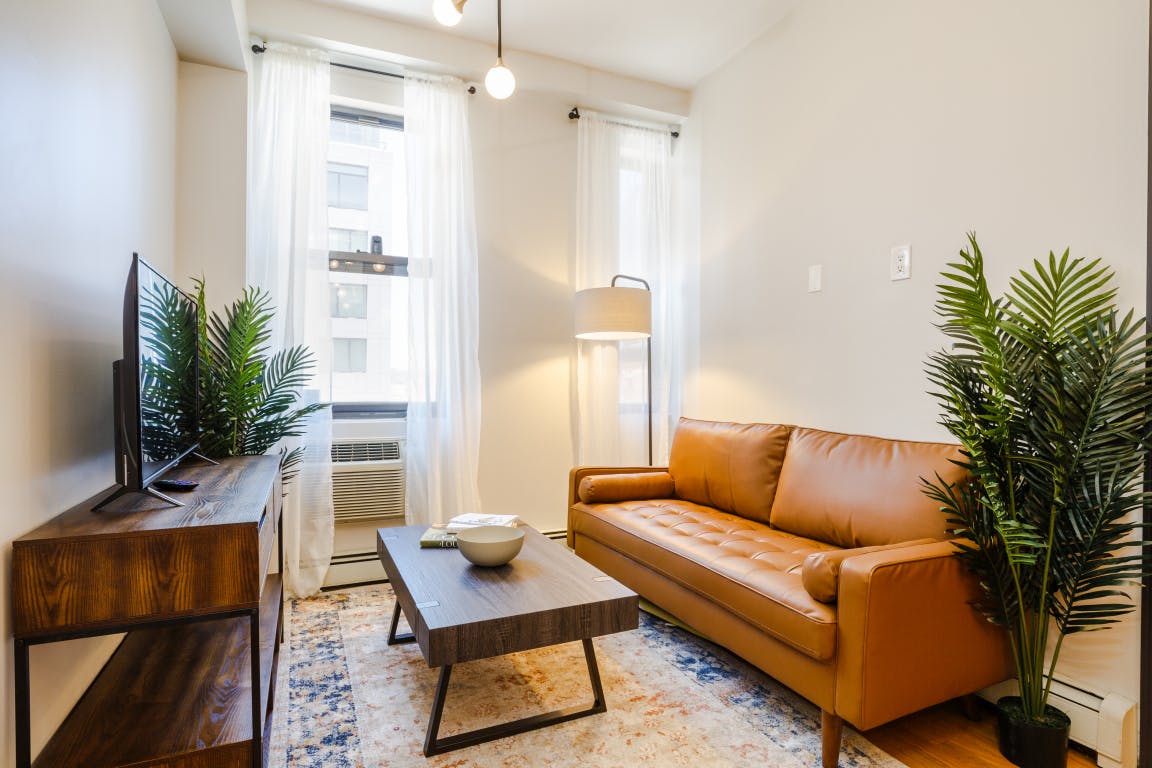