We welcome like-minded people looking for an exclusive housing experience. We want to live new experiences from all cultures and nationalities and make your stay a joy of life. If you are new to the city or just consider moving in for two months and then trying out a new neighborhood. Even if you need a roommate, join us. Sometimes you dream of a comfortable, beautiful city home, but did you ever think it would have private outdoor access, exposed brick walls and be in the very heart of Hell's Kitchen? Us, neither. This apartment has been hand-curated to create the very best of NYC living, including modern amenities and the most convenient access to major subway lines all out your exclusive door. The following amenities and services are included:
- High-speed wifi.
- Large flat screen tv.
- Radiator heating.
- Cleaning supplies.
- Flexible 1-18 month lease, no broker or extra fees.
- Access to private outdoor space. 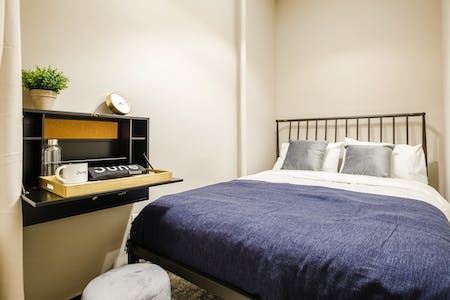 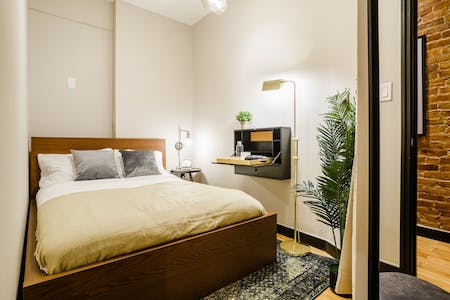 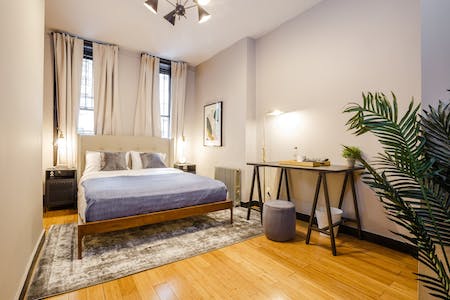 Hell's Kitchen, also known as Clinton, is a neighborhood on the West Side of Manhattan in New York City, west of Midtown Manhattan. It is considered to be bordered by 34th Street (or 41st Street) to the south, 59th Street to the north, Eighth Avenue to the east, and the Hudson River to the west. Hell's Kitchen is part of Manhattan Community District 4.It is patrolled by the 10th and Midtown North Precincts of the New York City Police Department. The area provides transport, medical, and warehouse infrastructure support to the business district of Manhattan. It is also known for its extensive selection of multiethnic, small, and relatively inexpensive restaurants, delicatessens, bodegas, bars, and associated nightlife. 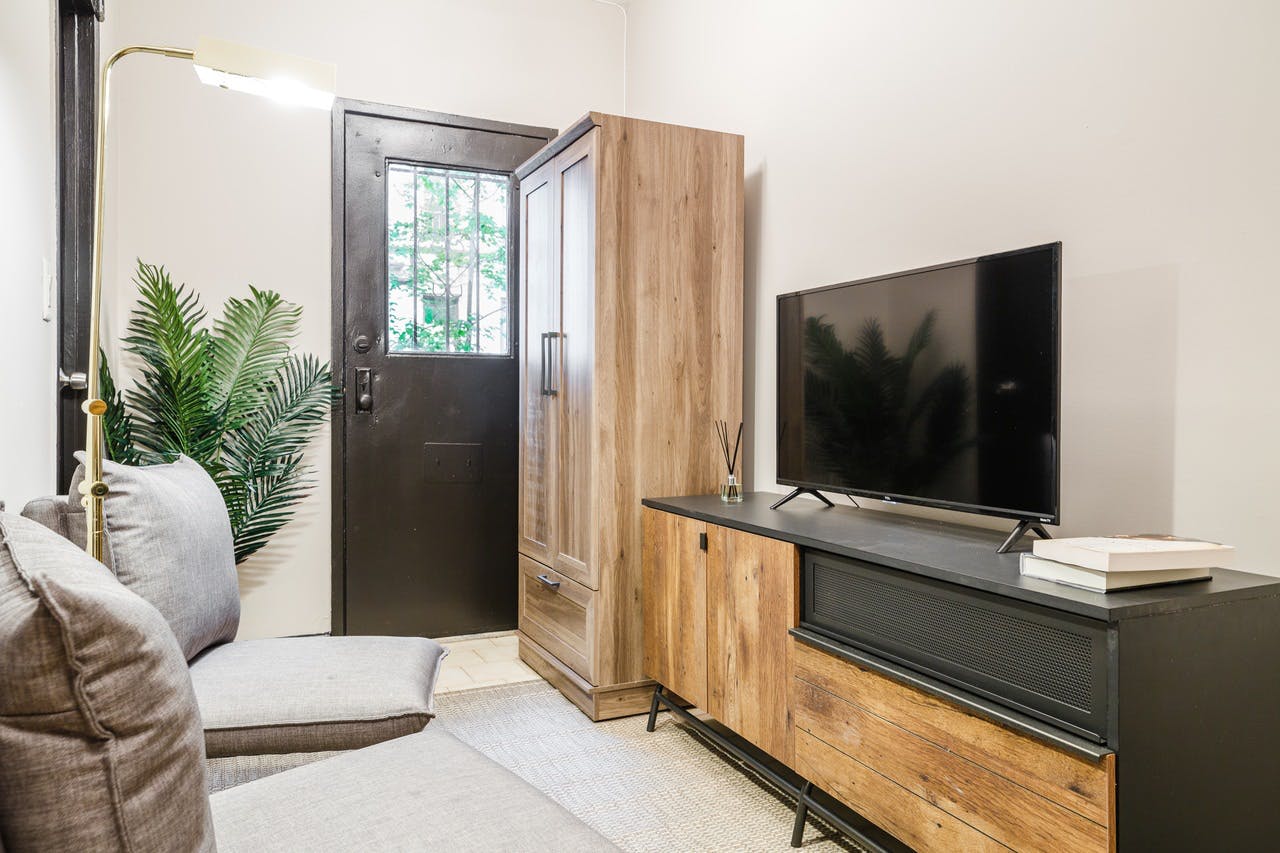