Rooms for rent in Austria

Rooms for rent in Austria

Book affordable and hassle-free rooms for rent in Austria.
- all amenities included. 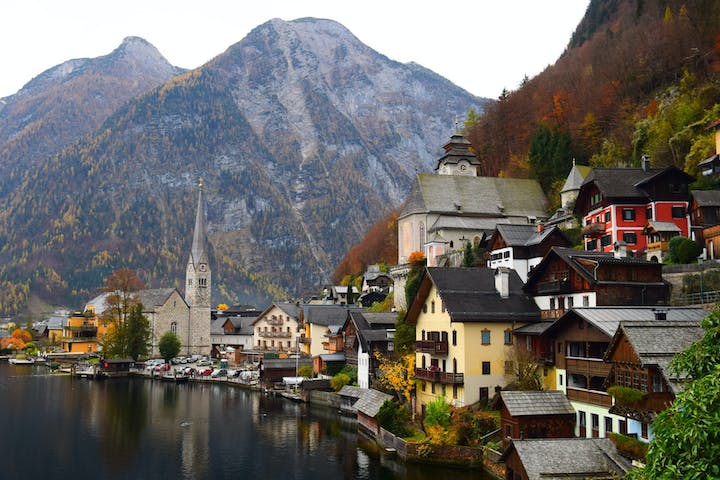 Austria is the place to go if you love dramatic scenery. This European destination is almost completely landlocked and is cooler in temperature throughout the year than the rest of Europe. This could be because of the large number of mountains and the Eastern Alps, which takes up over half of the country. The rurality means that larger towns and cities are not as common as in locations like France or Spain, but this has not stopped coliving spaces from popping up across Austria. Living with other entrepreneurs in beautiful housing has gained popularity in rural Austria, and there are now many places that can be identified across the nation as ideal coliving retreats.

Austria is German-speaking, although there is a range of different forms and dialects that vary depending on where you are in the country. It has a population of 8.7 million, and its people are known for being polite, relaxed, and welcoming especially if you try your hand at the language.
The country has the picturesque alpine atmosphere skiers and outdoorsy types dream about, but it is also full of culture, with a history thick with famous musicians, fine artists, and incredible architecture. Vienna, the country’s capital, is an imperial triumph, and you will find many communal spaces here based in grand, beautiful buildings.

If you are in the capital or any of the cultural hubs across the country, then you must visit the beautiful palaces, or try ‘kaffe and kuchen’, coffee and cake, at 3 pm. The Austrians developed the idea of modern coffee with sugar and milk in the 1500s, and they have perfected the art. The ‘baroque’ feel extends from Vienna throughout the whole of Austria and makes the whole country more elegant and quaint throughout its villages. Austrians get on average five weeks of holiday a year and use this time to travel through the beautiful countryside. Being fit and healthy is an important part of the culture, so whether you are a walker, a skier, an ice skater, or a mountain climber, you will find the perfect way to get up those mountains!

Austria is one of the richest countries and life there is very comfortable and safe, albeit a bit expensive. Remote workers can save by staying at coliving spaces and are also advised to work for local clients where possible.

Austria also has plenty to offer in terms of sports and culture and the local healthcare system is excellent. Its capital, Vienna, has been named the most liveable city in the world several times.

Despite the relatively high living costs, digital nomads have been flocking to Austria recently to enjoy the pristine nature, the Alps and peace and quiet of the picturesque countryside. Even the major cities are still very manageable and mostly very bicycle-friendly, making Austria a very healthy destination for remote workers.

Here are some fun facts about Austria:

- About 8.86 million people live in Austria.
- Austria can be a very healthy place to live with its clean air and plenty of opportunities for outdoor sports but visitors will find it difficult not to dive straight into its café culture and its famous cakes such as Sachertorte!
- A standard serving of alcohol in Austria has about 20% more alcohol than elsewhere in Europe.
- Austria’s flag is one of the oldest in the world. It dates from 1191.
- The sewing machine was invented in Austria.
- Schönbrunn Palace the home of the Habsburgs has 1,440 rooms!
- Haydn, Mozart, Schubert, Liszt, J. Strauss, Mahler, and Bruckner were all from Austria.
- Sigmund Freud was also Austrian.
- Over 60% of the country is covered by the Alps.
- Austrians are the best at recycling in Europe.
- Tiergarten Schönbrunn was established in Vienna in 1752, which makes it the world’s oldest zoo.

Austria is not only safe and quiet; it is officially one of the top 5 most peaceful countries on earth. A fact, much appreciated by the many long-term and short term visitors to the country.