Rooms for rent in Romania

Rooms for rent in Romania

Book affordable and hassle-free rooms for rent in Romania.
- all amenities included. 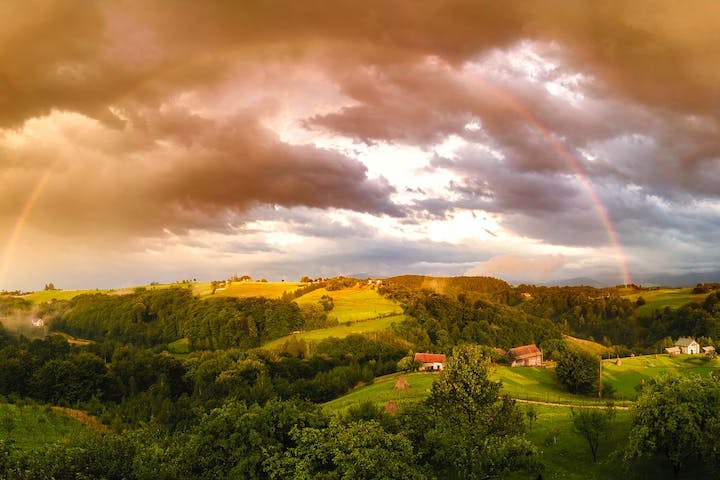 Romania, with a population of 19.7 million, is a southeast European country that is quickly becoming popular with tourists who want to visit Europe because of its magnificent sights and landmarks that come at a surprisingly affordable cost.
With over 8 UNESCO World Heritage sites, Romania is a splendid place to sightsee different churches and cultural landscapes. You can also participate in numerous activities, such as canyoneering and mountain hiking, or just simply taking a stroll down the park.
They also have numerous castles, all of which are exceptionally beautiful with picturesque surroundings.
The World Geography online publication selected Bigar Cascade Falls in Caras-Severin, Romania as among the most stunning waterfalls in the world. The strikingly unique and attractive way its water spreads and falls over its rock formation continues to attract tourists from all over the world.

Romania is among the top 10 wine producers worldwide. Ţuică, which is mostly prepared from plums, is the traditional Romanian alcoholic drink.
Romanian cuisine has been influenced by neighboring countries such as Serbia, Bulgaria, and Ukraine but has not failed to retain its own appeal. Sarmale, Romania’s national dish, is spiced pork and rice stuffed in cabbage.

Astra Village Museum, the second biggest outdoor museum in the world, can be found in Sibiu, Romania. It features more than 400 structures and monuments depicting Romanian civilization and way of life, along with other related activities and events.
Bucharest, the capital city of Romania, is recognized as having the seventh fastest internet speed worldwide, which makes it an ideal place to work and have fun for digital nomads who are looking for coliving spaces.

Fun facts about Romania:
• Per EU standards, Romania has the most diverse biodiversity in the union
• Beer and wine are not included in the standard tariffs and restrictions on alcoholic drinks because they are actually considered by the government as foodstuffs
• Romania has the most abundant gold resources in Europe
• The rock sculpture of Decebalus, towering over 42 meters in height, is regarded as the highest rock sculpture in Europe
• Peles Castle, the first European castle to utilize electricity, is located in Prahova County, Romania
• Salina Turda underground theme park is a unique amusement park built out of the hollowed remains of a former salt mine
• The Romanian language has been preserved for over 1,700 years