We want you to move-in ready homes with the people you'll love to live with. At this, we welcome like-minded people from around the world that are looking in NYC for the joy of life. Our typical guests are digital nomads, professionals, entrepreneurs, students, and everyone who are looking to share experiences and built-in a community. Your new home comes with new friends, and you do not have to look for your own roommates. Our property is a uniquely stylish and designed shared apartment with beautiful city views and a modern and well-kept space that you will fall in love with. You are ready to move in with fully furnished bedrooms and common areas, a fully stocked kitchen, high-speed WiFi, and flexible leases. You will have your own private space already furnished with a bed, bedding, nightstand, dresser, clothing rack, and decorations. We offer leases for anywhere from 2 – 12 months so that we do not have to tie you to an agreement for longer than you need. The entire home is fully furnished so that you can save the headache of having to move your own stuff. The place is completely ready for you from day 1. The furniture is not your typical cheap furniture. All furniture has been carefully selected by our own interior design department. The kitchen comes fully equipped so that you can enjoy cooking in the house. Professional cleaning to keep the place nice and fresh at all times. We are reachable through email 24 hours a day through your online resident portal. Some of our homes offer smart TVs in the common area and/or in your bedroom. 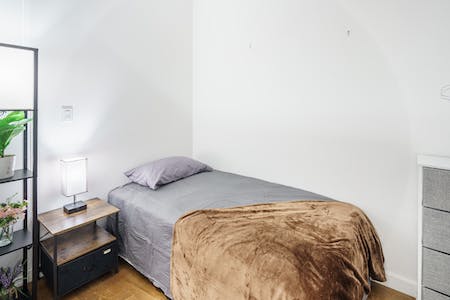 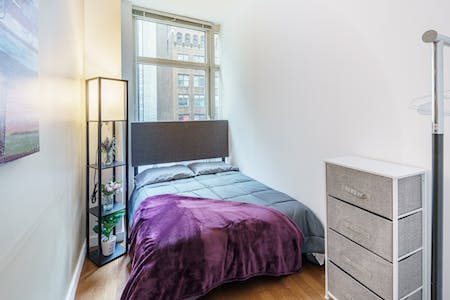 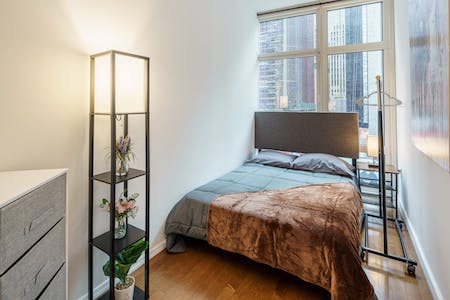 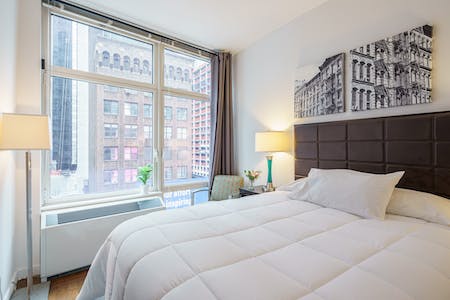 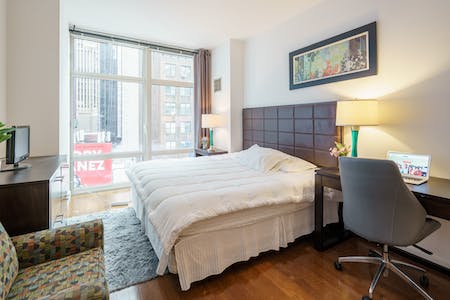 Midtown Manhattan is the central portion of the borough of Manhattan. Midtown is home to some of the city's most prominent buildings, including the Empire State Building, the Chrysler Building, the Hudson Yards Redevelopment Project, UN's headquarters, Grand Central Terminal, and Rockefeller Center, as well as tourist destinations such as Broadway and Times Square. Midtown is the country's largest commercial, entertainment, and media center, and also a growing financial center. The majority of NYC's skyscrapers, including its tallest hotels and apartment towers, are in Midtown. The area hosts commuters and residents working in its offices, hotels, and retail establishments, tourists, and students. Times Square, the brightly illuminated hub of the Broadway Theater District

Up to
14 days
50% refund of the 1st month's rent
Up to
move in
No refund
Move in
• The cancellation policy is selected by the host.
• Coliving.com's Service Fee is non-refundable.
• To cancel your booking, please contact us. 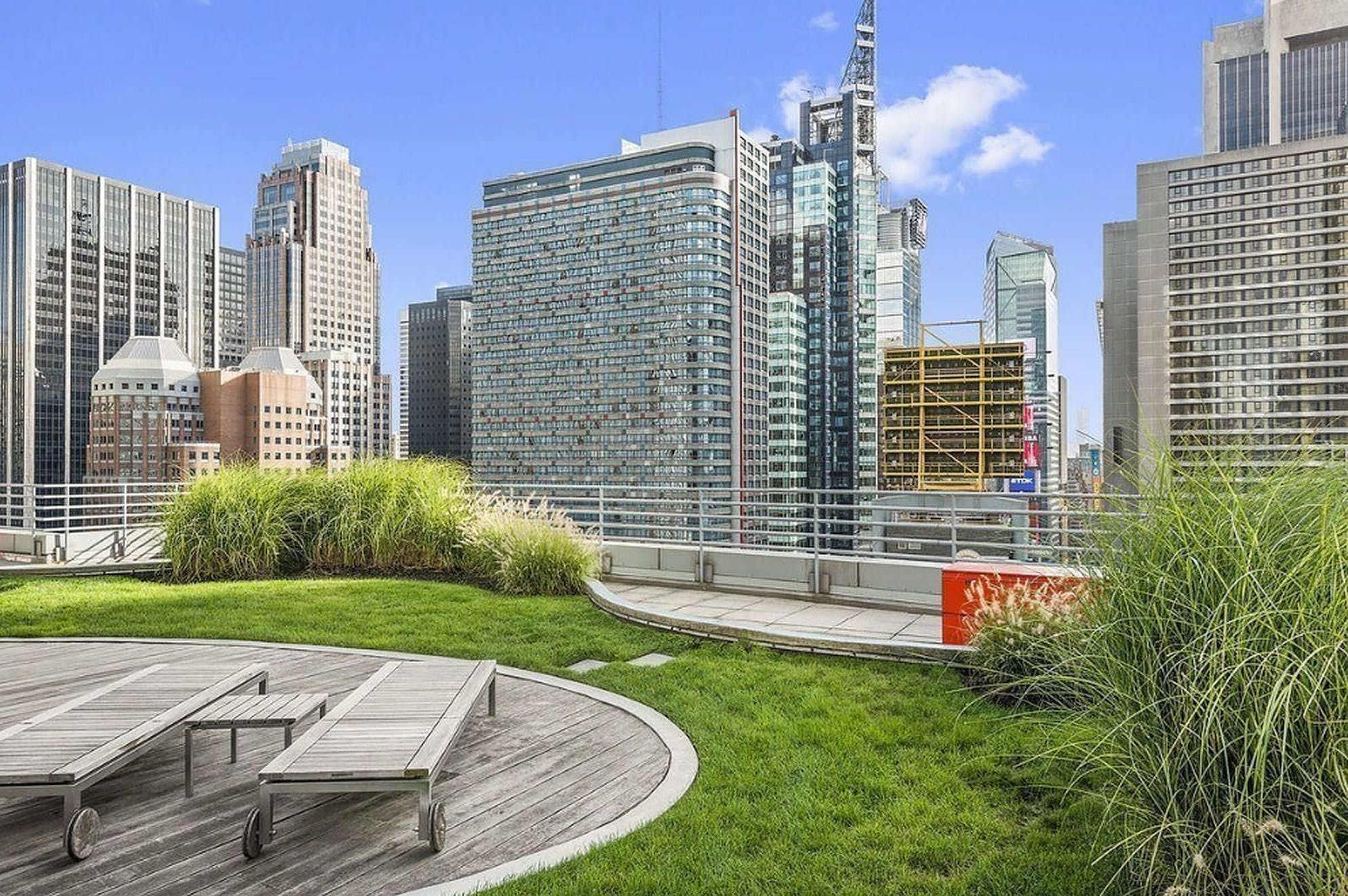 Up to
14 days
50% refund of the 1st month's rent
Up to
move in
No refund
Move in
• The cancellation policy is selected by the host.
• Coliving.com's Service Fee is non-refundable.
• To cancel your booking, please contact us.