Book affordable and hassle-free rooms for rent in Chicago.
- all amenities included. 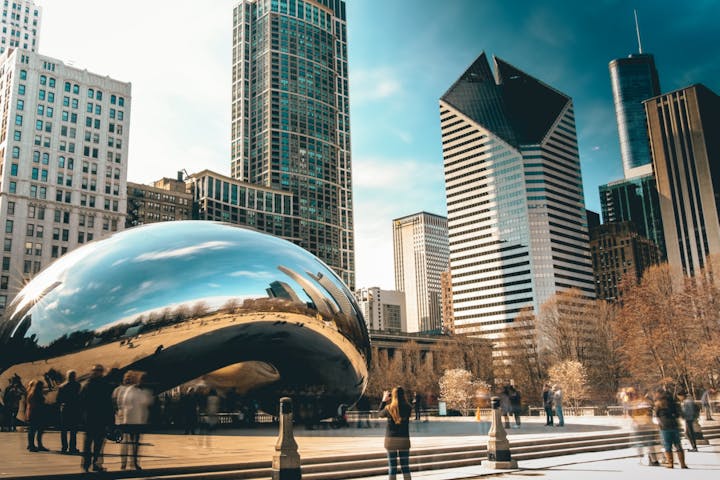 Chicago is a great destination for digital nomads, with great options for both coliving. Not only do many entrepreneurs and remote workers pass through for conferences and events in the city, but a large number of digital nomads choose to
stay in Chicago for long-term stays too. With trendy neighborhoods bursting with character, plenty of local attractions for a spot of sightseeing, and some of the best coffee shops in the States, it’s not hard to see why many remote workers choose to set up base in Chicago.
Chicago has a thriving nightlife and great cultural offerings from museums to art galleries, theaters and more. There’s an impressive culinary scene too, where you can get everything from the classic Chicago pizza or hot dog to dinner at a Michelin-starred
restaurant without breaking the bank. You’ll discover a growing community of digital nomads and creatives living in the iconic neighborhoods of Chicago, especially around the West Side, from West Loop to Logan Square.

Here are some interesting facts you might not know about Chicago:
- The name ‘Chicago’ comes from the Native American word for wild leek, shikaakwa.
- Chicago was designated as a city in 1837.
- Chicago is also known as ‘The City That Works’ or ‘The Windy City’.
- Home to 2.7 million people, Chicago is, in fact, the third largest city in the US by population size.
- Chicago underwent a huge regeneration after the Great Chicago Fire in 1871.
- Chicago lays claim to 56 different museums, 125 art galleries and more than 200 spots to catch some live music – you’ll never be bored!
- Chicago became home to the world’s very first skyscraper in 1885 – the Home Insurance Company.
- Chicago has a wide range of culinary options available, with over 5,000 restaurants in the city.
- There are lots of opportunities for fresh air, with 580 parks, 26 beaches, and a grand total of 8,100 acres of green space.
- Did you know that the atom was split for the first time in the football stands at the University of Chicago?
- Harrison Ford, Tina Fey and Amy Poehler all grew up in Chicago.

Chicago is an ideal location for digital nomads and remote workers, with a large number of coliving spaces, historic locations, and efficient transport links.